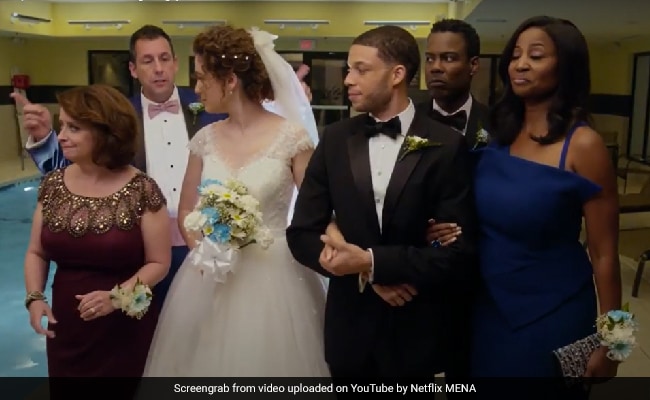 A still of The week of. (Image courtesy: YouTube)

Want to cheer yourself up for the weekend? There’s no better way than to indulge in comedy. After a hectic week, let’s crave something to lighten the mood. Why not try revisiting some of the movies starring comedian Chris Rock. The actor, born Christopher Julius Rock, has made a name for himself in the industry. so what are we waiting for? Find a comfortable place in your house, grab a jar of popcorn, and just watch. Now you wonder about the list? We have what you need. The list is ready. Here are five comedy movies starring Chris Rock. We are sure these can lighten your mood this weekend.

Chris Rock made his acting debut with this 1987 film. Tony Scott’s directorial is a perfect blend of action and comedy. It is written by Larry Ferguson and Warren Skaaren.

This 2018 movie comes with an unexpected storyline. The story tells of the relationship between two fathers as their children marry.

This 2017 film is based on the title character, who is a talent manager working in Los Angeles. The film revolves around him and his eccentric clients.

4. Dolemite is my name -Netflix

It is a biographical comedy based on Rudy Ray Moore. Chris Rock stars as Bobby Vale in this film.

5. What to expect when you are pregnant – Amazon Prime Video

It’s a comedy about the interconnected lives of five couples. The story follows the expectations of these couples as they discuss the thrills of having a baby.