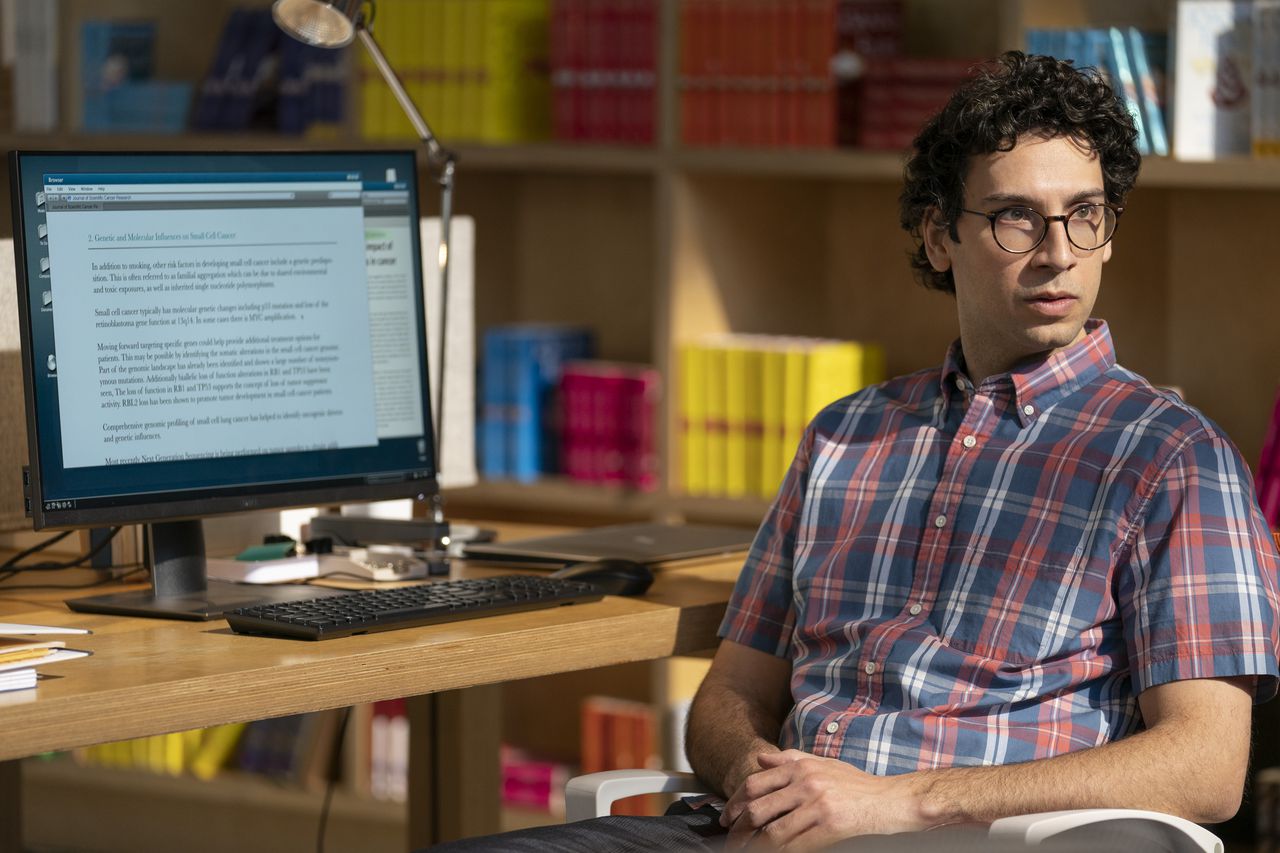 CLEVELAND, Ohio — Perhaps continuing a nuanced conversation about autism that began with audiences watching the ’80s movie “Rain Man,” the new TV series “As We See It” is a groundbreaking comedy now streaming on Amazon Premium Video.

Starring in the eight-episode show from the creator of ‘Friday Night Lights,’ Jason Katims is from northeast Ohio Rick Glassman. The 2002 Orange High School graduate stars as Jack, who lives with his roommates Harrison (Albert Rutecki) and Violet (Sue Ann Pien). All three characters identify as living on the autism spectrum.

The show offers audiences an honest and unprecedented insight into the trials, tribulations and celebrations associated with their unique individual journeys to independence and acceptance.

On a personal note, Glassman could relate given that it was about five years ago when the stand-up comedian, actor (“Undateable”) and now popular podcaster (“Take off your shoes”) has been diagnosed with level 1 autism or Asperger’s syndrome.

We recently caught up with Glassman to discuss “As We See It,” his podcast and stand-up comedy.

Hey Rick, congratulations on “As We See It”. Something the show does really well is tell honest, emotional, and sometimes hard-to-watch stories about autistic characters. Did you feel the weight of that in the project?

This weight was a concern before filming this show because I’m an actor auditioning for a role, I’m not an activist taking on a bigger role than art. Sometimes people are put in a position or an opportunity where they can do something bigger than what they intended to do. This weight thing made me nervous because since I was diagnosed only five years ago, I was afraid I had to be a spokesperson for something I was still learning about.

What did you learn while shooting “As We See It?”

As I did the show and met more people on the autism spectrum — my two co-stars as well as many recurring and guest stars who were neurotypical actors playing neurotypical roles — the idea of ​​the difference of all these people are has been validated. This thought I had that I don’t understand autism kind of turned into a realization, and it’s really not something that’s going to be defined too specifically.

Speaking of notoriety, what kind of impact do you hope the show will have on audiences?

That realization is something really beautiful because people watching this show – if they finish it, especially – might see some characters early on that they don’t like who, in real life, s would walk away and not give another chance. But because it’s a TV show and they watch it, they fall in love with these characters. It lets you realize that you haven’t seen the layers of who these people are and, more specifically, how they see the world. Once you somehow understand the way other people see things, it’s easier for you not only to accept them, but also to love them and feel connected to them. And in real life, people don’t give the opportunity to connect with people if there are obstacles in the beginning.

Regarding your “Take Your Shoes Off” podcast, it really seems to be taking off. Not only are the cartoons hilarious, but it’s awesome how your northeast Ohio family gets involved.

The podcast has really gotten an amazing following and people really love my family. My father, Steve, owns Marshall One rug and rug gallery. Before I had advertisers, I was cutting into my dad’s carpet store as a goof. Then it became this running gag. I sell Marshal Rug Gallery products literally worldwide. Animation is done by Tom Bates. I’ve never met him but we talk all the time. He’s a guy in England watching my podcast. I did an episode where I said if I had an animation budget, I would. And he just made it and sent it to me. Then I hired him and we started working together. He hosts pretty much every episode now.

Given your recent successes, what are you focusing on for the future?

For the future, I don’t really have any expectations. I really want to be a director, and I still want to be an actor. If someone asks me what I do and I’m going to give them an honest answer, I’ll usually say I’m a comedian. At this point, my exposure comes from the podcast and the TV show as an actor, but I’m still doing stand-up. I did stand-up last night and will do it for the next five nights. Now I finally have an embedded audience for the first time thanks to this podcast, so I’m working on getting a good headlining set and on the road. I would love to get to a point where I do theaters, but realistically I’ll start where it makes sense and I can sell tickets.