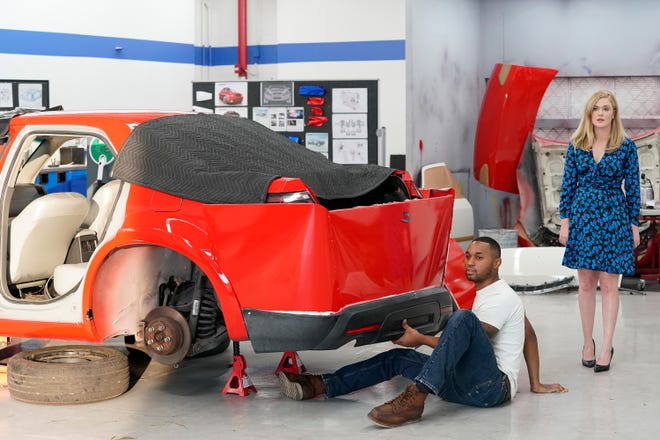 This is not a turbo engine, high speed, metal pedal or any of the other car phrase writers will be tempted to use. Rather, it’s a basic workplace comedy that turns absurd.

In its first two episodes, it deals with a racist driverless car, a homophobic widow, an OJ-style car chase, and the difference between serial killers and mass murderers. Zingers come quickly when all engagement with reality is loose.

Ana Gasteyer plays Katherine Hastings, a top CEO who made the unlikely jump from a successful pharmaceutical company to the top of Payne Motors in beautiful Detroit. Katherine doesn’t know anything about cars – she doesn’t even drive – but how can they be different from pills?

As soon as she arrives, she faces a crisis: it turns out that the driverless car the company is about to announce cannot see the dark colors. This includes dark people. Whoops.

You could do worse. The cast is strong and the characters become clear in the first few episodes. Jon Barinholtz plays a member of the founding Payne family as a licensed jerk while Tye White is Jack, a mechanic Katherine is raising to the highest level for a blue collar prospect. Also, he’s black and this driverless car hit him.

The first few episodes are a bit loose, but creator Justin Sptizer is familiar with workplace comedies, having worked on “The Office” before creating “Superstore.” He’s probably going to tinker under the hood and tweak this show.

OK, clichÃ©s about cars were inevitable.