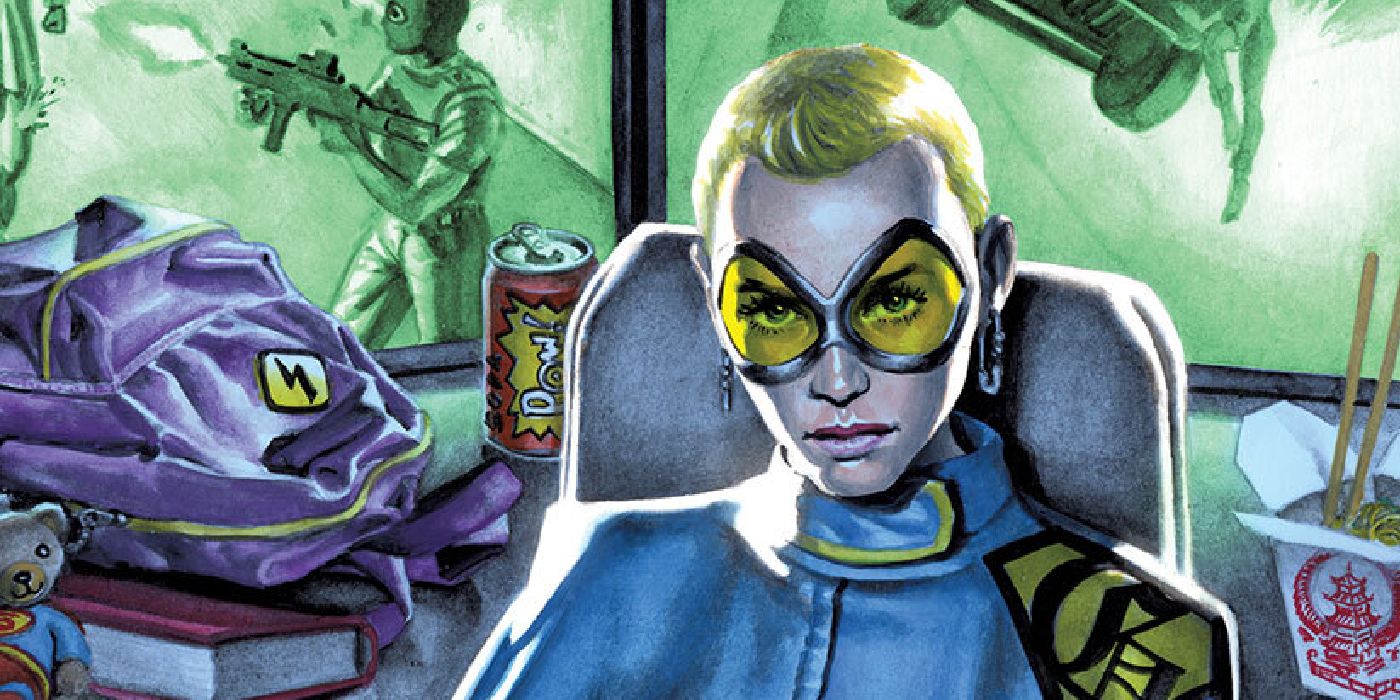 With cropped hair and a new superhero outfit, Gotham Girl reappears in the pages of Detective Comics #1059 to investigate Arkham Tower.

Gotham Girl returns to the city of her namesake with a bold new look from the pages of Detective comics this April.

Detective comics #1059 features teen superhero, real name Claire Glover, appearing in “Gotham Girl: Interrupted,” a backup story written by Sina Grace and illustrated by David Lapham. The story sees Claire, who sports short hair and a new costume that incorporates a poncho, seek psychiatric help in the city’s new Arkham Tower – a facility built in central Gotham to replace the notorious Arkham Asylum, which was destroyed in the infinite border limited run amid an attack now known as “A-Day”. She is immediately embroiled in a murder mystery, finding herself at the very center of the crime.

Gotham Girl first appeared in issue #1 of the revival Batman series at the start of DC’s 2016 Rebirth initiative. Created by writer Tom King and artist David Finch, Claire was the partner of her brother, Hank Clover, also known as Gotham. Both had undergone an experimental treatment that gave them superpowers on a level similar to that of Superman. However, each time they used their abilities, their lifespan decreased. Initially serving as Batman’s allies, the siblings eventually fell prey to villains Hugo Strange and Psycho Pirate, both of whom manipulated Hank and caused him to have a nervous breakdown. In the midst of a chaotic battle against Batman and the Justice League, Hank died and Gotham Girl fell into a deep depression.

During King’s run, Gotham Girl would waver between serving as Batman’s ally and foe. She eventually fell into a villainous role due to the manipulative mentorship of Thomas Wayne, the Batman of the Flashpoint universe, and Bane. In the latest issue of King, 2019 Batman #85, Claire was freed from their clutches and seemed ready for a new life, with Batman telling her, “Bane used you. From the start. Now he’s gone. Now your life is yours. You suffered because of me. fix this pain.”

Detective comics #1059 will be Gotham Girl’s first appearance in over two years. Besides Claire’s return, the issue features a main story about the Riddler written by Mariko Tamaki and Nadia Shammas, with art by Ivan Reis and Danny Miki and alternate covers by Lee Bermejo and Rodolfo Migliari. The issue will go on sale April 26.

Jeremy Blum is associate news writer at CBR. Passionate about comics since the age of three (back when he could only look at the pictures and imagine what was happening in the word balloons), Jeremy has worked as a journalist in the United States and Hong Kong. He also writes about video and tabletop games on his blog Pixel Grotto in his spare time. Find him on Twitter at @blummer102 Where @PixelGrotto.