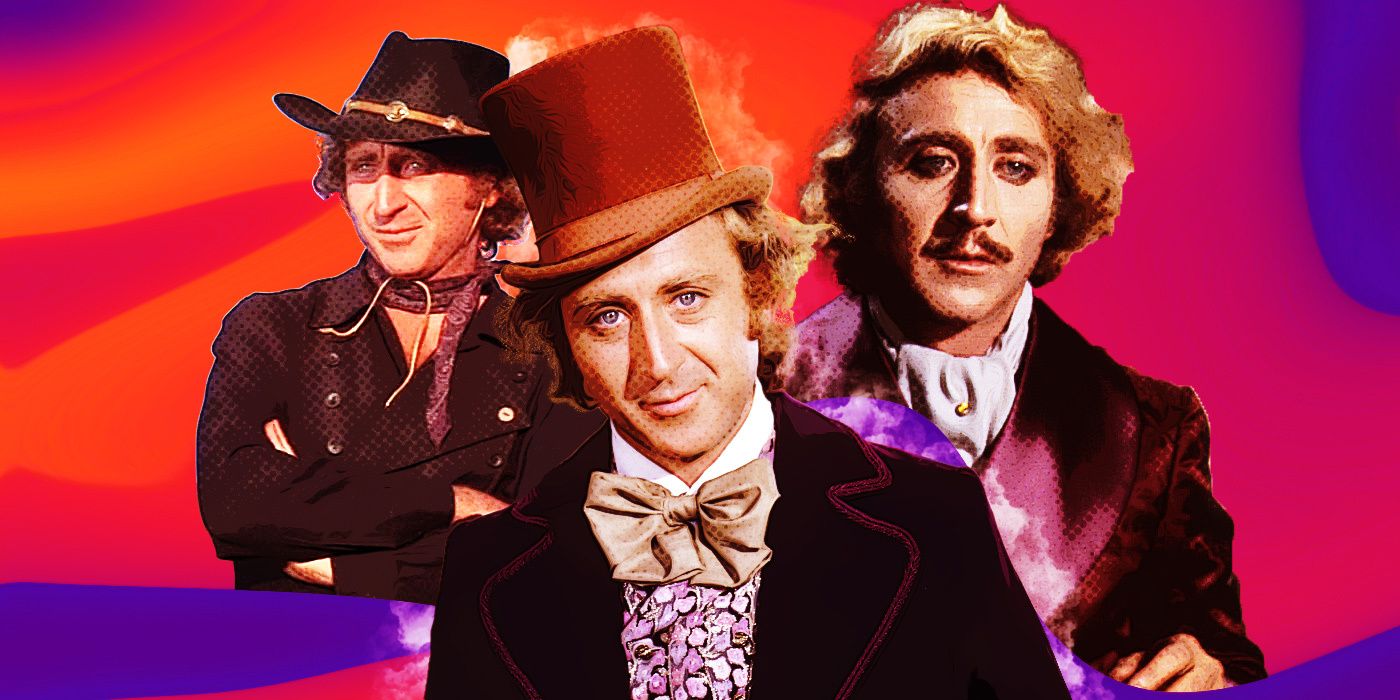 Born Jerome Silberman, comedy legend Gene Wilder does not come from a family of performers. In fact, he was 13 when he caught the acting bug and started studying the craft; and it was only at the age of 15 that he made his acting debut in a play. But that would just be the start of something amazing as Wilder went on to star as some of the most iconic and well-known movie characters to ever grace the big screen. His first film actually came back in 1967 when he was cast in a small role in the film Bonnie and Clyde. Only a year later, Wilder finds himself nominated for the Academy Award for Best Supporting Actor for his role in The producers. There are plenty of fantastic accomplishments in Wilder’s career, and his comedic performances are the crème de la crème. So here we take a look at some of Gene Wilder’s best comedy movie performances.

Directed by Mel Brooksand co-written by Gene Wilder himself, 1974 Young Frankenstein is a classic horror-comedy that gave new meaning to the phrase “Put’n on the Ritz.” This film, shot in black and white, is a parody of Mary Shelley’s 1818 novel, Frankenstein, and it manages to touch on all the classic moments from the original story. However, in this version, Wilder plays Dr. Frederick Frankenstein, the grandson of the famous Victor, who originally created the monster. Dr. Frederick travels to Transylvania after inheriting his family’s estate. Wilder puts on a hilarious performance as a doctor who goes from wanting to shake off the negative stigma of his crazy grandfather’s job, to trying to beat his lofty goal.

Willy Wonka and the Chocolate Factory (1971)

Based on Roald Dahlclassic 1964 novel Charlie and the chocolate factory, Wilder plays Willy Wonka in this 1971 film adaptation. Landing a Golden Globe for Best Actor in a Musical or Comedy nomination for his role as Wonka, Wilder is at the top of his game with this portrayal. Blending sarcasm and compassion, as well as a hidden agenda, Wilder constantly makes character choices that kept viewers’ eyes from the screen every time he spoke (or sang). If you’ve never watched this movie (perhaps thinking it’s just for kids), it’s worth seeing Wilder at his best.

Blazing Saddles is another film directed and produced by Mel Brooks, and has Gene Wilder playing Jim (also known as the Waco Kid), a fast-paced, gun-throwing alcoholic who becomes a partner with the town’s new sheriff, Bart (Clevaon little). Since it’s a farce on black Western movies, this comedy touches on a lot of politically incorrect topics. In fact, it is impossible for this film to be made today. But, if you want to take a look at one of those movies that lived in another era, plus a hilarious performance from Gene Wilder himself, give Blazing Saddles a gallop.

The woman in red is clearly a film close to Gene Wilder’s heart since he wrote this film in 1984, and it also featured his real wife, the late, awesome, Gilda Radner. Wilder plays Teddy Pierce who goes completely ga-ga with a woman who is way out of his league. And to complicate matters further, he is married. Soon, Teddy actually meets this woman, Charlotte (Kelly LeBrock), and he is shocked to find her actually interested in him. This leads to his attraction turning into infatuation, as Teddy must either fight his ever-increasing urges or jump off a bridge. Wilder tackles the taboo subject of adultery head-on and delivers a performance that many monogamists can relate to.

With The producers, Mel Brooks made his directorial debut and also wrote the screenplay, which eventually won him an Academy Award for Best Original Screenplay. As previously mentioned, Wilder was nominated for an Academy Award for Best Supporting Actor for his portrayal of Leo Bloom, one of the producer-masterminds who engineered a scam to stage the worst musical of all time. The film, along with Wilder’s excellent performance, was so successful that it was later adopted by Brooks to become a musical, which was again adapted into a reboot of the film starring Matthew Broderick and Nathan Lane.

In 1976, Gene Wilder collaborated with other great comedians Richard Prior in silver seriesdirected by Arthur Hillier (Love story). This crime-solving comedy stars Pryor as Grover, a criminal traveling on a train called the “Silver Streak.” Wilder plays George, a witness to a murder that ends up being linked to a much larger conspiracy between the blacksmith’s art dealers and the FBI agents who are there to solve the crime. The detail that makes silver series stand out is that this is Pryor and Wilder’s first comedic joint performance, and by watching it you can tell how much fun they are having.

Now enjoying the glow of several blockbuster films, Wilder’s confidence shines through in the western comedy The Frisco Childdirected by Robert Aldrich (The Dirty Dozen). The film follows Avram (Wilder), a Polish rabbi traveling across the country to a synagogue in San Francisco. Along the way, he connects with Tommy (Harrison Ford), who happens to be a bank robber. This movie is like an old-school road trip comedy and the chemistry between Wilder and young Harrison Ford alone is worth the watch. On top of that, the story is solid and you’ll get lots of laughs.

Another collaboration with Richard Pryor, 1989’s see no evil hear no evil, Wilder plays Dave, who is the counterpart of Wally (Pryor). Both use their disability (one is deaf and the other is blind) and their friendship to make life easier. However, one day, Wally and Dave each find themselves (half) the only witness to a murder. You can see or hear what happens next from this point on as the two attempt to solve the murder on their own. Lots of gags here to keep you laughing from start to finish.

It is a known fact that Woody Allen has no problem assembling a cast of movie stars, and with 1972 Everything You Always Wanted to Know About Sex* But Were Too Afraid to Ask, it does not disappoint. The film consists of consecutive shorts that deal with the subject of intimacy and features stars like Regis Philbin, Tony Randall, Burt Reynolds, and of course, Gene Wilder. In his segment, Wilder plays a general practitioner who develops a lustful obsession with a sheep. Yes, you read correctly. This one you have to see for yourself.

My name is Jason Shomer. I write for Collider. I am also a screenwriter for television and cinema and I have sold several screenplays. I have also written for geekgirlauthority.com and gadgetreview.com.