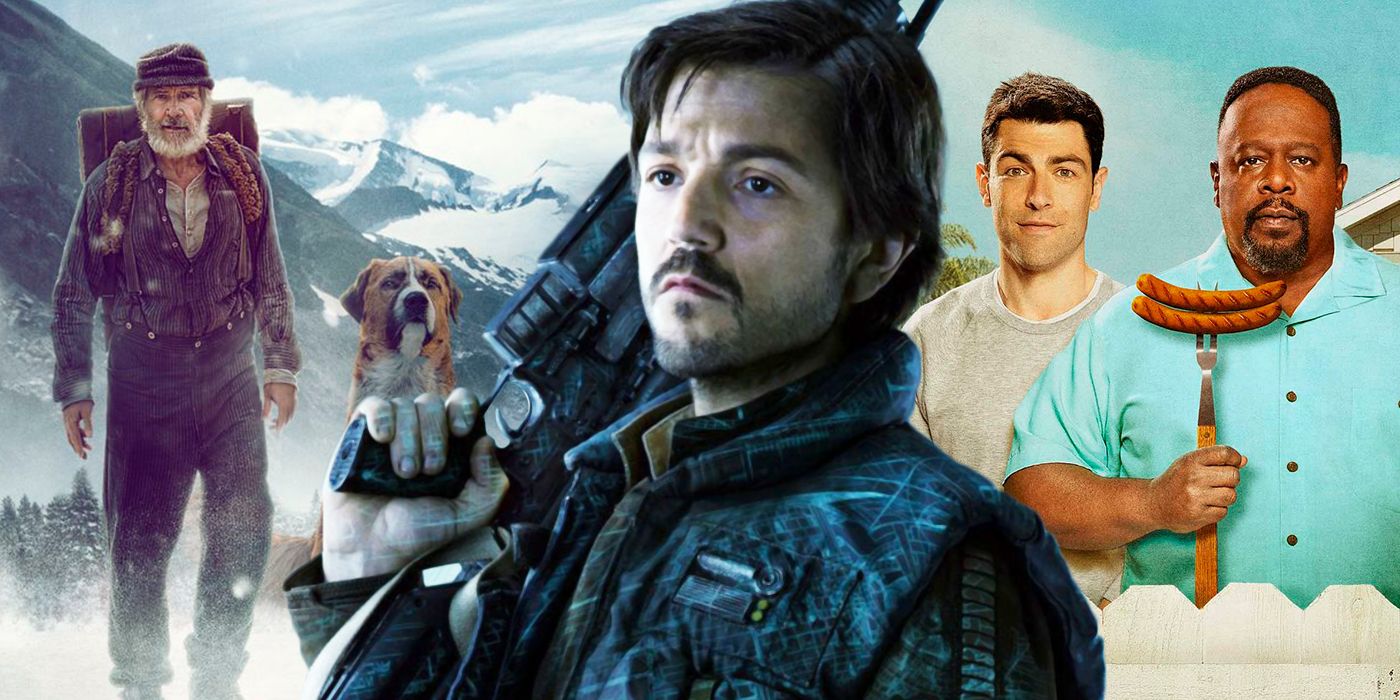 Paramount+ and Disney+ delivered a variety of new shows and seasons to their subscribers this week and weekend. A few highly anticipated series premieres were released this week, including Andor. Many long-running shows are back with new seasons, including the NCIS and FBI franchisees. There are plenty of opportunities for viewers to watch brand new content this weekend.

The NCIS the franchise is back this fall with new episodes of the original series and its spin-off series, NCIS: Hawaii. NCIS Season 20 continues the iconic Investigation Team storyline without the show’s main protagonist, Mark Harmon. Hawaii is a new installment in the franchise, with Season 2 premiering this week. The series features Vanessa Lachey as the main protagonist, who leads her team to investigate crimes related to the military and national security. Fans of the franchise will have new episodes to look forward to over the next few weeks.

The Neighborhood returns to Paramount+ September 19

The neighborhood is back with season 5 of the sitcom television series. The series features a white Midwestern family as they acclimate to the culture of a predominantly black neighborhood in Pasadena, California. The show stars Cedric the Entertainer as Calvin Butler and Max Greenfield as Dave Johnson. Dave is the overly friendly neighbor who can’t hear anything while Calvin keeps putting up walls to try to keep him out. The show’s greatest strength is its cast, which offers a humorous portrayal of their conflicting dynamic.

The FBI the shows will each have a new season premiere on Paramount+, including FBI Season 5, FBI: international Season 2 and FBI: Most Wanted Season 4. The original series started in 2018 and was quickly expanded with the two spin-off series. FBI focuses primarily on the inner workings of the agency’s New York office, while Most Wanted introduces the Fugitives Task Force. International serves to reflect FBIinitially focuses on crime and investigation, but this spin-off series is set in Budapest and the cast deals with locating and neutralizing terrorist threats. Fans of investigative crime dramas will appreciate having their pick this weekend.

RELATED: Why Andor Is The Series Star Wars Fans Have Been Waiting For

Survivor had an incredible run on television as it enters season 43. Survivor began in 2000 and has released two seasons a year since. Season 43 is a shortened season, which only lasted 26 days due to the COVID-19 pandemic. The large group of candidates spend weeks together in the wild, securing food, fire, and shelter while voting each other off the island until there is only one left. The “Sole Survivor” wins $1,000,000.

Fantastic race is back with a new season, featuring a new cast of 11 teams who travel the world to win a $1,000,000 cash prize at the end of their journey. The challenges that each team of two must overcome along their journey provide opportunities for physical and mental growth. These contenders are pushed beyond their limits as they race to finish first and win that big cash prize.

RELATED: Andor May Introduce a Massive Weapon to the Star Wars Universe

Andor will premiere on Disney+ on September 21

Andor serves as a prequel series to the star wars spin-off movie A thug (2016). The series follows the titular Cassian Andor, developing his life before his sacrificial fate. The series premiere includes the first three episodes of the season, and each new episode will premiere Wednesdays on Disney+. Episode 12 will be the series finale on November 23. Season 2 is already in development and will be the conclusion of the series leading up to the events of A thug. This series will serve as supplemental content for those who wished to see more of the film’s protagonists before their ultimate demise.

From executive producer James Cameron, National Geographic has teamed up with Disney+ to bring audiences Supernatural, a new documentary series that showcases the interesting “superpowers” of many wild animals. Benedict Cumberbatch serves as narrator, adding his dramatic touch to the viewing experience. Many animals around the world have secret powers and super senses, which are more than useful for their survival and for the world.

Celebration of the 25th anniversary of CinderellaDisney+ adds a special edition of 20/20 which focuses on the film, with cast and fan interviews. Behind-the-scenes content includes clips from Brandy, Whoopi Goldberg, Paolo Montalban, Victor Garber, Bernadette Peters, Jason Alexander, Veanne Cox and Whitney Houston. Brandy was Disney’s first black princess to appear on screen and served as a necessary representation for many young girls around the world. Fans of the movie can tune in and watch clips of exclusive behind-the-scenes content while reliving the original magic.

On the Come Up Premieres on Paramount+ September 23

On the way up is a drama about a young female rapper who takes on the fight rap scene, earning her the spotlight. Bri’s first hit song goes viral and she is forced to deal with the various hardships that come with getting her family out of hard times. The protagonist’s father had been a rap heir before dying at the hands of gang violence. Bri has a lot to overcome in a field that comes with varying levels of pain, challenge, and success. On the way up currently has a 73% on Rotten Tomatoesand the film premieres on September 23, 2022.

The Call of the Wild Coming to Disney+ September 23rd

The Call of the Wild (2020) is an adventure film based on a novel of the same name. Harrison Ford stars as the dog’s only friend after being abducted from his home in California. In the wild land of the Yukon, Buck (the dog) learns to work as a team with the outdoorsman (Ford) in his new phase of life. The two grow up together and save each other’s lives. Half of the film is animated, adding a layer of personification to Buck that is sure to keep the whole family entertained.