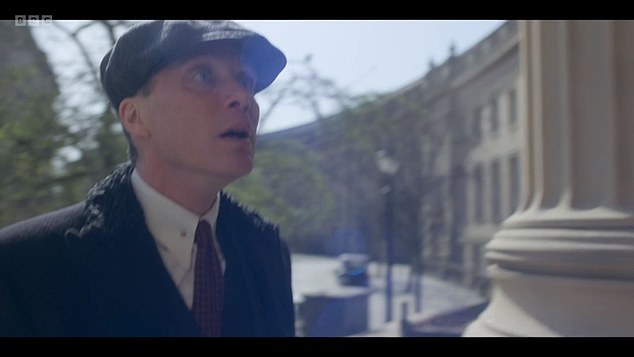 By Chris Hastings for The Mail on Sunday

America has Hollywood, India has Bollywood, and now Britain has… Bolton.

The former mill town has become such a magnet for film crews that the same street appears in both current Sunday night dramas, replacing Birmingham in Peaky Blinders and London in The Ipcress File.

Le Mans Crescent, an impressive set of Grade II listed civic buildings dating from the 1930s, served as the exterior of the fictional Shelby Sanatorium for Sick Children in the BBC period gangster drama, while in the spy thriller from ITV, he represented Whitehall and the Embankment.

Bolton has become a magnet for film crews, replacing Birmingham in Peaky Blinders

Meanwhile, the ancient city of mills replaces London in The Ipcress File

And that’s just the tip of the Greater Manchester city’s budding stardom, with more than 20 shows filmed in the last year.

ITV’s No Return, starring Sheridan Smith, used the former UK Home Stores building for the interiors of a Turkish hotel.

Other productions have stronger ties to the place. The comedy Alma’s Not Normal and the new BBC horror series Red Rose were created by writers from Bolton. Local playwright Jim Cartwright praised the town’s “accommodating northern hospitality” and its varied landscapes. “You can cut from cobbled streets to canals to ramshackle cityscapes to the historic majesty of City Hall, all compact,” he said.

David Mason, of Peaky Blinders makers Caryn Mandabach Productions, said Le Mans Crescent “has a grand scale, represents parts of London well in the period we are covering…and the whole area can be easily closed off”.

And Hilary Fairclough, Deputy Leader of Bolton Council, added: ‘It’s very exciting to see the town becoming a destination for these people. This is something for which we are very grateful.