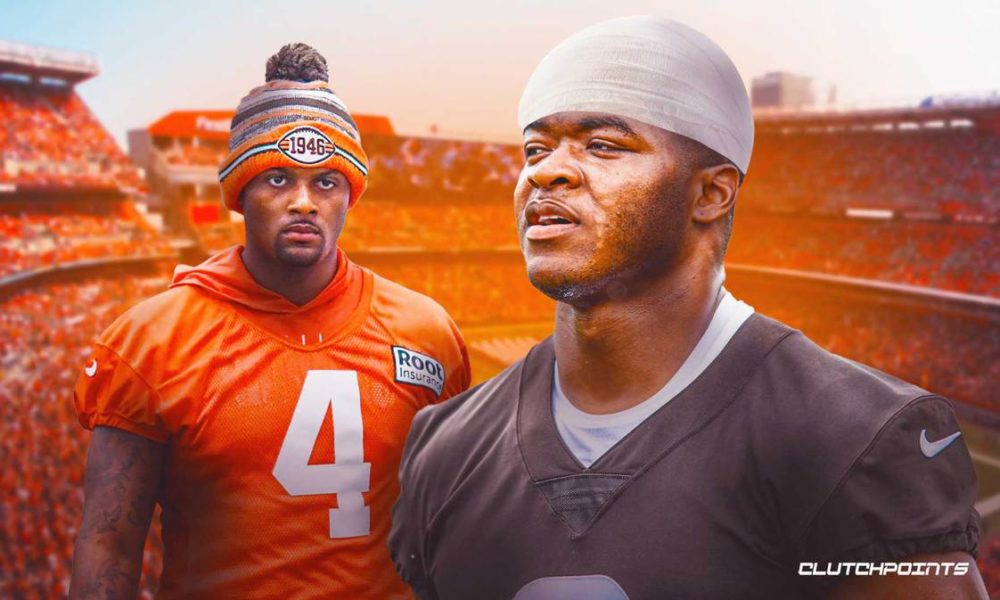 Deshaun Watson recently made headlines after his suspension was announced amid his ongoing sexual misconduct allegations. That wasn’t the only bad news the Cleveland Browns received on Monday, after reports surfaced that Amari Cooper was injured in practice.

According to reports, Cooper injured his ankle late in practice on day 5 of camp. The four-time Pro-Bowl wide receiver took the hit during a scramble drill and was seen writhing on the ground shortly after the injury. Members of the Browns medical team immediately took to the field to quickly examine Cooper’s injury as the 28-year-old lay still on the grass.

The good news here is that the injury doesn’t appear to be significant. It looks like nothing more than a minor knock, and chances are Amari Cooper is ready to go after a day or two off. Again, nothing is certain at this point, and the Browns are not out of the woods yet.

After practice, Browns head coach Kevin Stefanski admitted that he had not yet been informed of his star WR’s injury (via Charan Williams of PFT):

As for Watson, the Pro-Bowl quarterback now faces a six-game suspension following a ruling by a retired federal judge appointed by the NFL. Watson can still appeal the decision, which found him guilty of violating the NFL’s personal conduct policy.