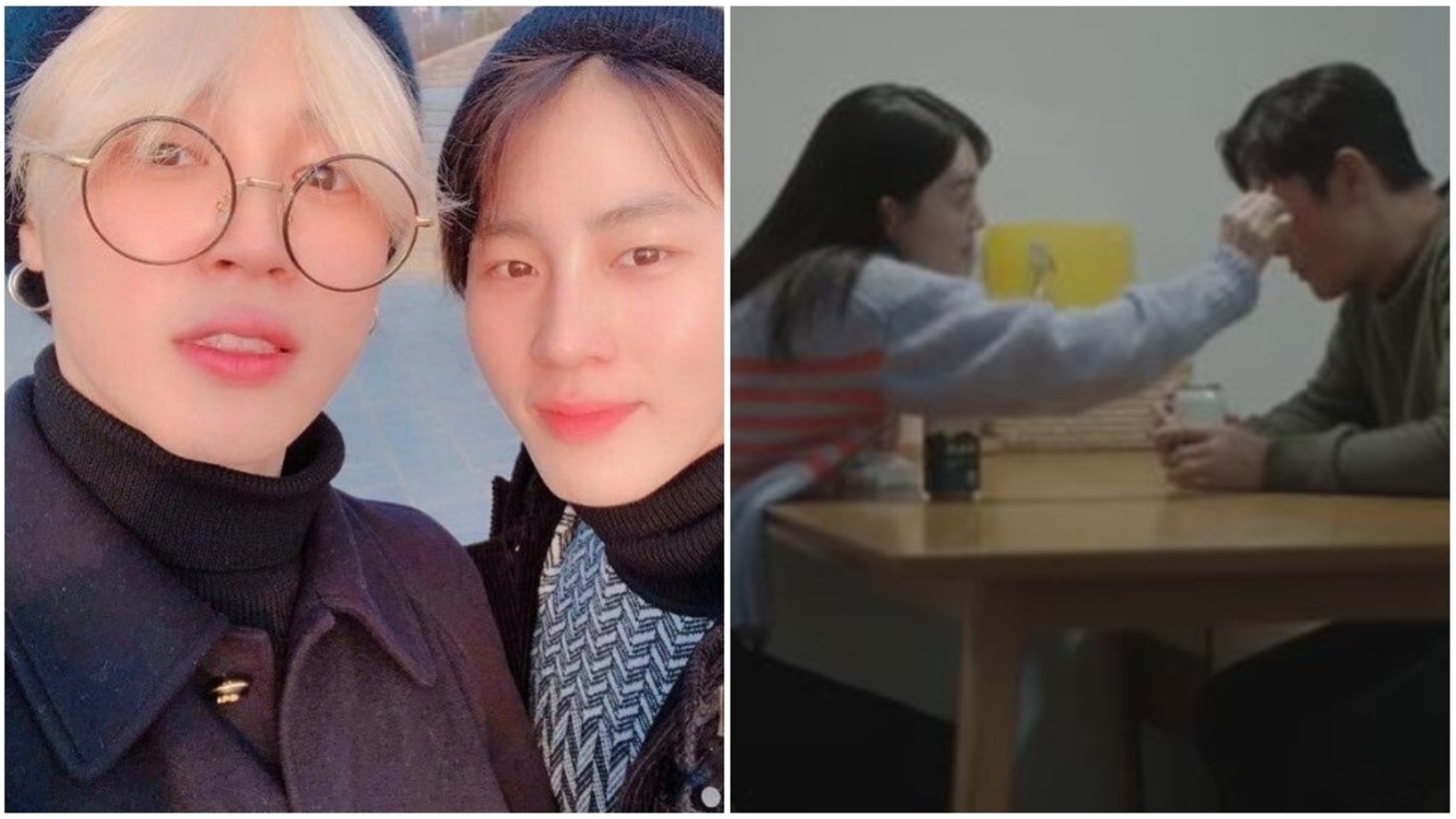 BTS member Jimin’s first-ever OST With You for K-drama Our Blues was released on Sunday. The track also features Jimin’s friend and former HOTSHOT and Wanna One member Ha Sung Woon. YamYam Entertainment posted the music video on their YouTube channel. The song is part of episode six of the K-drama. (Also read | BTS: Jimin’s Our Blues OST Release Date Has Changed; his friend Ha Sung Woon reveals details about their upcoming song)

The song features actors Shin Min-a and Lee Byung-hun on Jeju Island. The song’s lyrics begin with Jimin singing, “I want to be with you and I want to stay with you, Just like the stars shine.” Ha Sung Woon starts singing after Jimin. The duo sings in both Korean and English. Part of Jimin’s lyrics also says, “I’m nothing without your love, I promise I’ll never leave your love, my heart beats because of you.”

Reacting to the clip, the BTS ARMY fandom left comments praising Jimin, Ha Sung Woon, and the song. One person wrote, “Popular opinion: Jimin’s voice can take you to heaven.” One fan commented, “PARK JIMIN, everything you do is a masterpiece! Your voice touches you deep in your heart. You are special and indescribable! You deserve the world.” “Sung Woon and Jimin’s voice together is such a masterpiece,” said one fan.

A fan also wrote, “Oh my God, there is a warm place in Jimin’s voice. His voice really makes the person meditate on the beauty of life. His voice is positive energy.” One comment read: “Jimin you are art, Jimin’s voice is perfect, it’s beautiful, it’s unique, you’re an angel Park Jimin, it’s the best song in the world! Congratulations, great voice together!”

On Twitter, fans congratulated the two singers. One fan tweeted, “Jimin’s voice is starlight personified, it’s so beautiful.” “Jimin’s voice is like honey, my ears are blessed with his voice,” another person said. “The lyrics are exactly what Jimin will say to ARMYs #WithYouJiminOST #WithYou @BTS_twt. Jimin you’re so sweet, we’re so sweet, sweet, sweet…love you so much,” one fan wrote on Twitter.

During a recent live session with J-Hope and V, Jimin responded to a fan who asked him about his OST for the series. Jimin had said, “You guys, I’m trying this for the first time, and I also want to try new things in the future, so I’m starting from here. I’ll work hard!!” While J-Hope revealed that they “already knew,” V revealed, “I listened to it earlier today.”

As quoted by Soompi, producer Song Dong Woon said of the track, “After searching through many songs that would be suitable for Jimin and Ha Sung Woon’s vocals and Our Blues, we were able to complete the recording of a song that’s perfect for the drama.”

A tvN drama, Our Blues premiered on April 9 and the series is set in Jeju Island. The TV series features Shin Min-a, Lee Byung-hun, Cha Seung-won, Lee Jung-eun, Uhm Jung-hwa, Han Ji-min, and Kim Woo-bin. Our Blues was written by Noh Hee Kyung, who is known for shows such as It’s Okay, That’s Love; This winter, the wind is blowing; Dear my friends, and live.

This is Jimin’s first time singing for a K-drama. However, other BTS members have already lent their voices to t. While V sang Christmas Tree for Our Beloved Summer, Jin released Yours for Jirisan.

BTS members – RM, Jin, Suga, J-Hope, Jimin, V and Jungkook recently returned from Las Vegas after four concerts. They will release their next album in June this year.