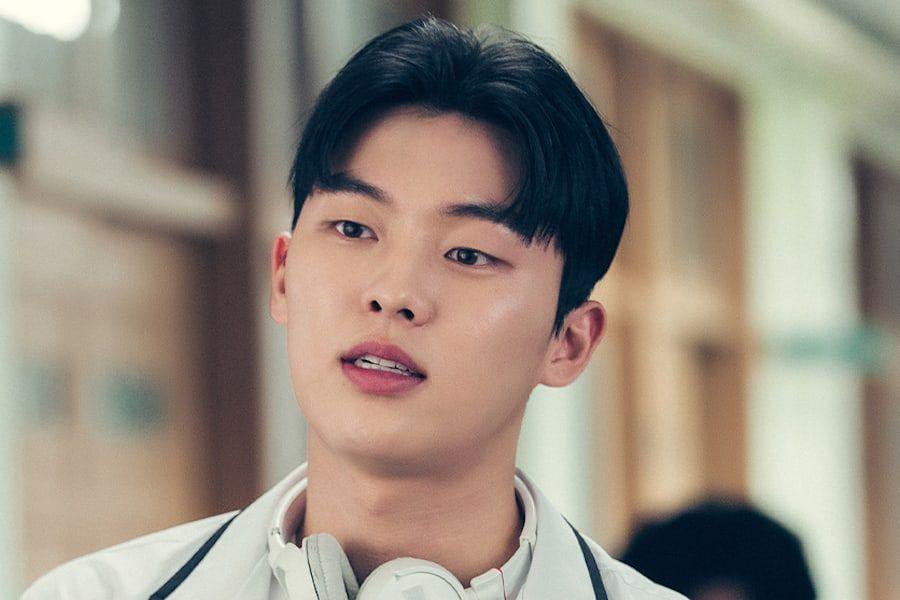 Set in 1998, “Twenty Five, Twenty One” is about young people finding new direction and growth after losing their dreams. Kim Tae Ri and Nam Joo Hyuk star Na Hee Do and Baek Yi Jin, who first meet when they are 18 and 22 and fall in love years later when they are 21 and 25.

Choi Hyun Wook plays Moon Ji Woong, an influencer from the late 1990s whose goal is to become a “member today” on social networking service Cyworld. A fashion pioneer with unique tastes, Moon Ji Woong is a whimsical character who asserts his own artistic style and possesses extraordinary talent in many fields.

Having won Best New Actor at the 2021 SBS Drama Awards for his performance in “Taxi driverand “Racket Boys,” Choi Hyun Wook will once again impress viewers with his new Moon Ji Woong transformation. Recently, the drama released its first stills of the fashionable college student. One still depicts Moon Ji Woong chatting with someone while wearing a white helmet around his neck and holding a skateboard in his arm.

Another depicts him still playing with the camcorder while capturing the electronic watch and fashionable bracelets he wears. Shining a light on late 1990s fashion, Choi Hyun Wook draws attention to his intriguing character in the upcoming drama.

Regarding his reason for starring in the show, Choi Hyun Wook shared, “I thought it would be a good experience to act in a period that I didn’t experience. I was touched by the early life story of the five friends. The actor continued to share, “Ji Woong is a bright and optimistic friend, and he is talented in many areas. The aspect I love about Ji Woong is his confidence while occasionally making cheeky remarks. Since Ji Woong is particularly interested in fashion, I think it would be nice if viewers anticipated his style, which gives off a 1998 vibe.”

A representative from the production company stated, “Choi Hyun Wook is a perfect fit for Moon Ji Woong’s character as they are 200% in sync. From his hip fashion sense to his look, expression, and way of speaking, Choi Hyun Wook is Moon Ji Woong himself. Please show great interest and support to Choi Hyun Wook, who develops the role of Moon Ji Woong with his passionate acting skills and his ability to understand a character, which is not like that of a rookie.

tvN’s “Twenty Five, Twenty One” will premiere on February 12 at 9:10 p.m. KST. Check out a teaser for the drama here!

In the meantime, watch Choi Hyun Wook in “Pop Out Boy!” below: