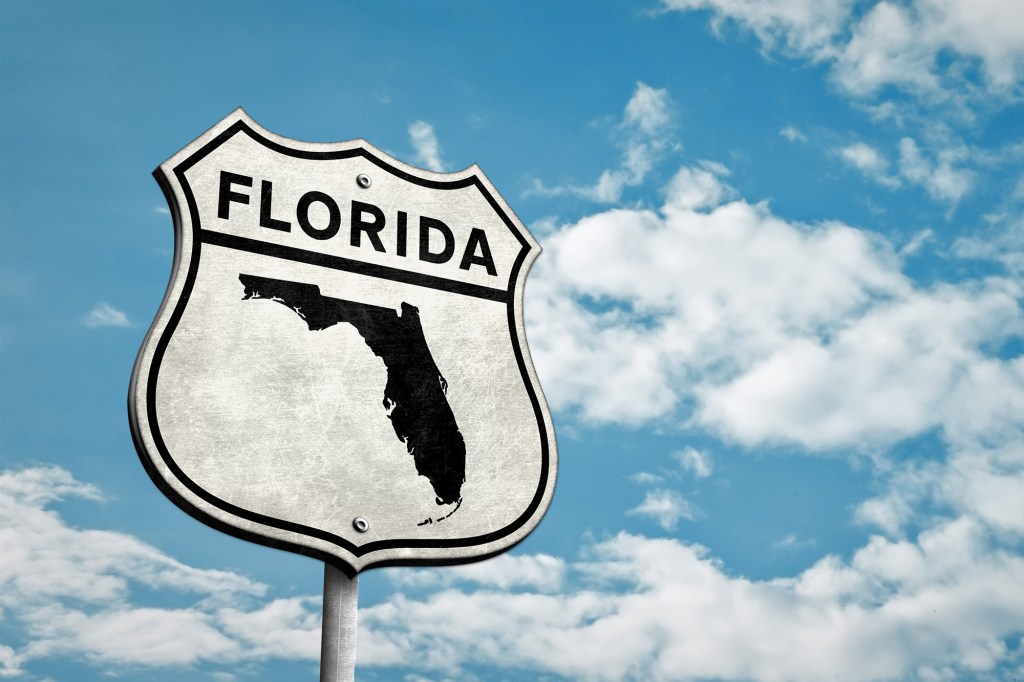 Go on and keep your sunshine

Also heavy BS about when they were somebody. Everyone is a “was”. An extreme kindness prevents me from mentioning that the population is a wheelchair away from a mausoleum.

Exiles from New York arrive from civilization on Thursdays. To reserve a table for the late dinner at 5:00 p.m., you have to know someone. Mondays and Fridays work is virtual. Zoom calls. Tuesday and Wednesday guys in plaid pants hit golf balls in loafers, not socks.

8:30 a.m. is the walk along the shore. Most walkers are stocky. At noon it’s the rush to the deck chair in the shade. Twelve people, seven chairs. All on cells calling friends in New York to tell them how awesome Florida is.

Now the apartments. Workers or management offer zero. Do zero. Are zero. Fancy a super? Stay in New York. Arrive with boxes? A lot of chance. No one will take them away, flatten them, empty them, remove them, mulch them, stack them for removal, tell where to stick the trash or even store the empty ones. Got a leak? Find your own plumber.

A human vapor has washed its terrace. Neighbors flooded the management’s balcony cleaning rules below, which include: No water can leak from a homeowner’s balcony never. Only rainwater is allowed.

So other than the hardcore guys who live there permanently, like Estefan, Travolta, Trump, Tiger Woods, Dwayne Johnson, may the expats in the state shut up, scratch their mosquito bites, and leave us New Yorkers alone forever hardcore.

Like crabgrass, Michael Douglas is everywhere. He is Benjamin Franklin in a limited series, which covers Ben manipulating the Franco-American alliance of 1778 as well as peace with England.

Also, he’s in HBO’s new high finance documentary “Icahn: The Restless Billionaire” and Oliver Stone, speaking from “Wall Street,” says, “In it, Douglas gives shareholders the same pitch that Icahn has uttered during one of his corporate raids. 1987 we went to Icahn’s office. He gave us about an hour. Arrogant. Like that’s the way of doing things. And that was also Gordon Geko.

In it, Bill Gates talks about what a smart cookie Icahn is in ruined businesses.

Downplaying it, Icahn says, “I made this money because the system is so bad, not because I’m a genius.” A billionaire actually declaring that “people on Wall Street are hugely overpaid” is rich.

Oy. Already we’re living up to our awards credentials. Oscar nominee Bill Murray will star in Emmy winner Aziz Ansari’s untitled debut. Ansari wrote the script but no title so who knows the name. It’s projector images. . . Tesla stock has grown 1,600% in five years. “Tesla clubs” are in Moscow. The oligarchs love them. Elon Musk may have planned to open a factory in Russia. Good idea. Let him tow his Tesla to the Ukrainian border to take a look. . . “A Beautiful Noise,” a play about Neil Diamond, begins trial runs in Boston this summer. Hopefully it does Broadway. Let’s hope Broadway does Broadway.

An art collector saw an ad. Van Gogh for sale. Price: $100. “impossible”, said the collector. You could get a million times that. Said the saleswoman: No mistake. He’s a real Van Gogh. My husband passed away two weeks ago. His will stipulated that he should be sold and the money given to his secretary. And I, she added, am the executor.