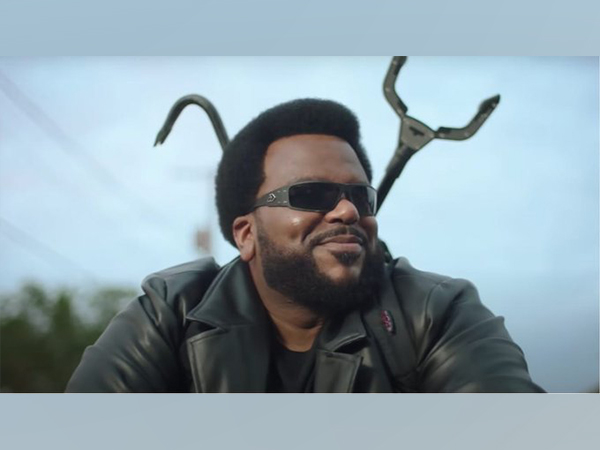 Washington [US]June 23 (ANI): The comedy “Killing It” starring Craig Robinson has been renewed for Season 2 at Peacock.
According to The Hollywood Reporter, the second season of the Robinson-led comedy “Killing It” has been renewed by the NBCUniversal-backed streamer. The comedy, produced by Universal Television, debuted in April. It centers on a man’s pursuit of the American dream and his desire to hunt huge snakes.
Brooklyn Nine-Nine showrunner Dan Goor and his assistant Luke Del Tredici created “Killing It,” which was immediately ordered to series in July 2020. Starring Robinson, a former Pontiac Bandit for B99, the duo serve of co-showrunners and executive producers.

“We knew we had a rare gem with Killing It and we’re thrilled that Peacock audiences had a bite into this series, helmed by comedic legend Craig Robinson,” said Susan Rovner, president of entertainment content for NBCUniversal Television and Streaming. “We look forward to telling more twists about one person’s hilarious and persistent pursuit of the American Dream, the incomparable creative minds of Dan Goor and Luke Del Tredici and our partners at UTV, as Peacock continues to be a home for unique, thought-provoking and humorous comedies.”
“Killing It” is part of a Peacock comedy lineup that also includes Rutherford Falls, Girls5eva and Peabody winner We Are Lady Parts. After Rovner also renewed his NBC comedy Grand Crew for a second season last month, Goor, who has lived on Universal Television for years, now has two shows airing, as reported by The Hollywood Reporter.
“We are extremely grateful to everyone at Universal Television and Peacock. ‘Snake-based economic satire’ isn’t exactly a familiar and beloved TV comedy genre, but they were fully behind the project from the start. . We can’t wait to do more!” Goor and Del Tredici said in a joint statement Wednesday.
In addition to Claudia O’Doherty, Rell Battle, Scott MacArthur, Stephanie Nogueras, Wyatt Walter and Jet Miller, Robinson also stars in the ensemble. (ANI)