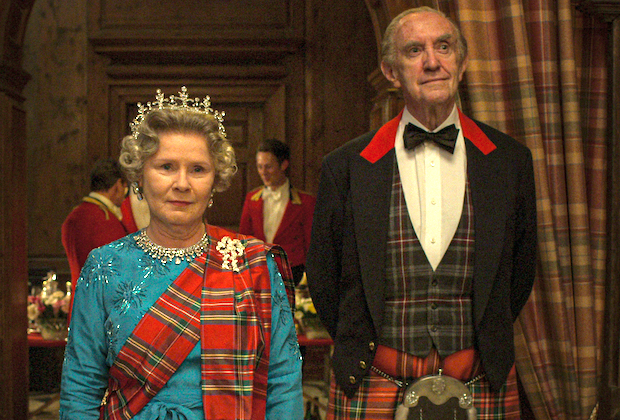 Jonathan Price has a bone to pick with those who speak out against Netflix The crown.

Without naming names, game of thrones vet – who stars as Prince Philip, Duke of Edinburgh, in the upcoming Season 5 (out Wednesday, November 9; Watch the trailer) — tells our sister site Deadline that he is “extremely disappointed with my fellow artists” who have publicly criticized the royal drama and demanded that he carry a disclaimer to confirm that it is a work of fiction.

“The vast majority of people know it’s a tragedy,” Pryce points out. “They’ve been watching it for four seasons.”

Pryce’s comments come a week after Dame Judi Dench published an open letter in the UK The temperature who condemned the royal drama for presenting “an inaccurate and hurtful account of history”. She urged Netflix to add a disclaimer at the start of each episode reiterating that the series is a “fictional drama”. But in the past, the streaming giant has resisted such calls – including one of former cast member Helena Bonham Carter. The streaming giant finally added a disclaimer to the description of the video that accompanies the Season 5 trailer on YouTube – a disclaimer, let’s note, that already served as the show’s official login line, as seen on The crownit is Netflix landing page.

Pryce goes on to suggest that the recent ballyhoo surrounding the Season 5 release stems from ‘heightened sensitivity due to the Queen’s passing’ – a sentiment shared by his co-star Lesley Manville, who inherits the role of Princess Margaret. of Carter.

“There is, and for me too, a lot of compassion for the queen and a deep sense that she is no longer with us,” Manville told Deadline. “It definitely reinforced everything.” But she also states that she “wouldn’t be involved in anything that I think would cross the line. I don’t think the show does that at all.

“We don’t know what’s going on behind closed doors with the royal family and that’s what the show explores,” says Manville. “Yes, there are events represented that we all know, but it is behind closed doors; what they think, what they feel? [Series creator] Peter Morgan can only create and invent.

Imelda Staunton, who plays Queen Elizabeth II in seasons 5 and 6, also sympathizes with those who feel their “nerve endings are still a bit raw” after Her Majesty’s passing, but considers The crown be “honest and true and respectful”, adding: “[Morgan] obviously adores this family in so many ways, and it will show both sides of the characters, for better or for worse. He will show them and not pass judgment…he will leave that to the public.

Have some thoughts on the recent controversy surrounding Netflix The crown? Drop them in a comment below.