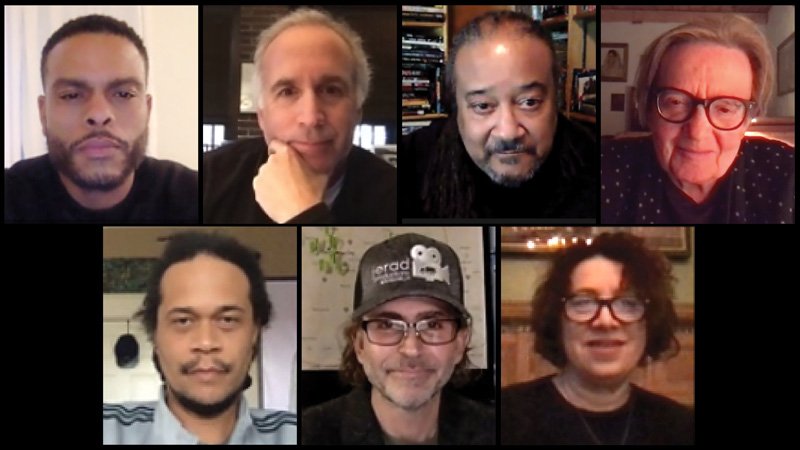 On April 7, the DGA Eastern Region Special Projects Committee hosted the online event, Way Down in the Hole: A 20th Anniversary Celebration of The Wireback on the making of this revolutionary series with directors Joe Chappelle, Ernest Dickerson, Agnieszka Holland, Seith Mann and UPMs Joseph Incaprera and Nina K. Noble. In a conversation moderated by director Benny Boom, these panelists talked about bringing it to the screen.

HBO’s crime drama examined the narcotics scene in Baltimore through the eyes of police officers and drug gang members, as well as the people who influence and inhabit their world. Clever, moving, and politically astute, the series shone a light on the war on drugs and urban blight in general.

After a welcome from Eastern Region Special Projects Committee member Lily Olszewski, Boom kicked off the conversation by saying, “We are discussing the 20th anniversary of a show that I think has reshaped the past two decades. . It was really a cultural, political, racial, social reflection, and it touched on all areas.

“It was like a TV novel, that blew my mind,” Dickerson recalls. “It gave new meaning to the term long form. The thing I loved working on Thread is that they wanted filmmakers. It was like cinema for television.

Noble, who also served as an executive producer on the series, said: “You have to understand that Thread was never a hit when we were on the air. We really felt like strangers. We were telling the stories of people who often don’t get their stories told and did it in a different way. And we got canceled every year. I think the show really took off once you were able to watch at your own pace.

Mann recalled his TV introduction following directors Ed Bianchi and Dickerson on the show. “I learned a lot of what I know as a filmmaker from these two directors, but also just by being on this show. It was definitely a show the directors wanted to direct, what I would learn over time shouldn’t be taken for granted.

Looking back on his time on the show, Incaprera spoke about adhering to series creator David Simon’s motto, “All the details matter”.

Chappelle revealed that the philosophy extends to the series’ editing as well. “At the time, there was a certain way of cutting the broadcasts. It was bing bing bing, no air, keep moving. We could take our time. It wasn’t like we had to hang on to a shot for six seconds and cut it off. We could just let it play out as it should. And that was one of the great things about the show from day one.

As a director from a foreign shore, Holland revealed how working on the series changed her view of this country. “When I thought about what the show had given me, I knew I would never really know the United States of America the way I do, or feel the people, the problems, the challenges, if I didn’t. Thread.”

Special Projects is the educational and cultural arm of the Directors Guild of America, providing its members with opportunities for creative exchange to advance their craft and celebrate the achievements of directors and their teams. The Eastern Region Special Projects Committee is chaired by Raymond De Felitta.