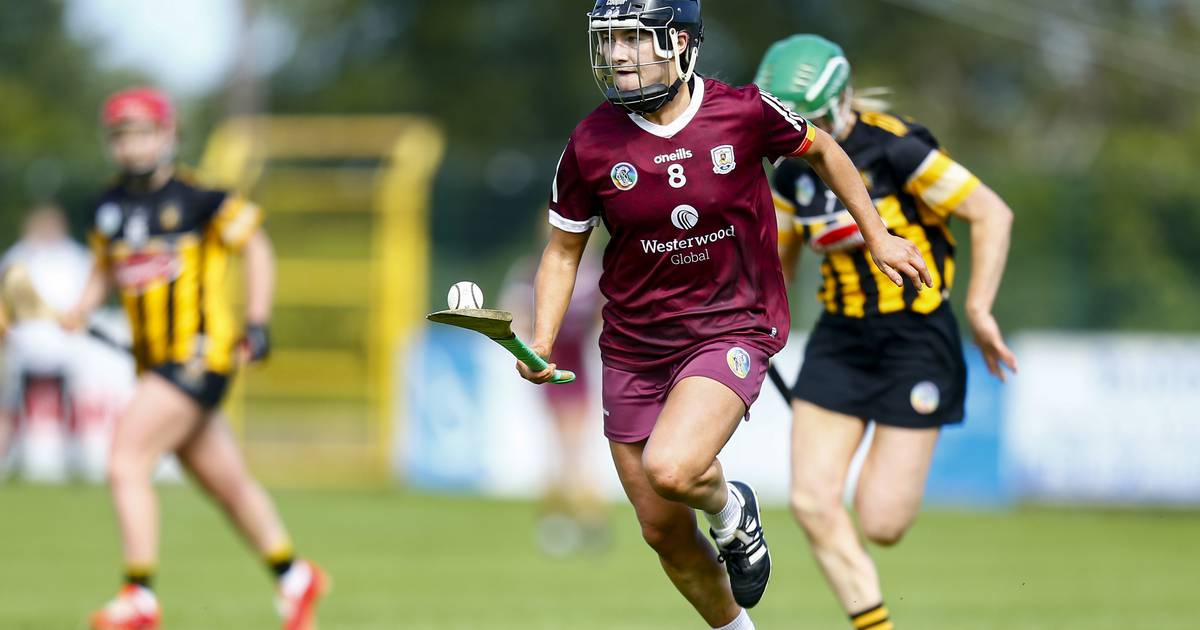 Galway and Cork will contest the Glen Dimplex All-Ireland senior camogie semi-finals at Croke Park in three weeks, where they will await the winners of the quarter-finals in a fortnight.

Following a six-match Super Saturday in two groups, Kilkenny take on Dublin and Waterford take on Limerick in these quarter-finals at Semple Stadium.

Tipperary are the unluckiest team, missing the round of 16 on score difference, despite beating Cork 1-17 to 1-16 at Páirc Ui Rinn and losing just one in five games.

Dublin produced an emotional second-half performance to claim a 4-14 2-11 win over Wexford at Bellefield and after starting on the same scoreline difference as Tipperary, which saw them pass, as Waterford chiseled a 2-12 to 1-12 victory over Clare at Cusack Park to cement second position in Group 1 and banish the Bannerwomen for a relegation play-off.

Group 2 was a bit simpler, with Galway holding just Kilkenny to save a 1-17 to 2-14 share of the spoils at Kenny Park to give them first place on the score difference. It was the winner-takes-all between Limerick and Antrim at Corrigan Park, with the visitors kicking into high gear in the second half to register a 1-14 to 1-11 success that gave them third place.

Following Down’s 1-11 0-13 win over Offaly at Liatroim Fontenoys, the women stalwarts will now face Clare in a relegation play-off, while Down have secured their elite status.

Kilkenny trailed by four points at half-time against Galway but Miriam Walsh’s second goal and a point took them ahead, only for Catherine Finnerty’s equalizer to snatch the semi-final position from the death.

Three early points from Denise Gaule and the first major from Walsh gave Kilkenny the perfect start, but a goal from Sabina Rabbitte prompted Galway to completely dominate. Carrie Dolan, Niamh Kilkenny and Dervla Higgins, with a monstrous score, cleared them before the Cats came strongly late.

Also in Group 2, Caoimhe Costelloe and Rebecca Delee produced fantastic scores as Limerick were shocked at Antrim in the second half.

The home side scored after Niamh Laverty’s second minute and points from Róisin McCormick and Caitrin Dobbin gave them the boost. Veteran Lorraine McCarthy gave Limerick hope with a goal and they found another gear in the second half.

An Aimee McAleenan goal after good work from Niamh Mallon gave Down hope after Offaly started well but the visitors were down to 14 and although they fought hard they were defeated by a fabulous long distance freestyle from Paula O’Hagan.

Group 1 were the humdinger and Waterford were the only side of the four in contention for both quarter-finals with their fate in their hands. Clare continued to click on their heels, even after Beth Carton scored early from the penalty spot after Niamh Rockett was fouled, and they brought it back to the minimum with nine minutes remaining.

Lorna McNamara and Carton traded good scores and Máiréad O’Brien and Orlaith Duggan traded goals to set up a grandstand finish, but it was Waterford who remained best to win.

Dublin scored four second-half goals to stun Wexford at Bellefield. The hosts had started fantastically well, finding the Dublin net after 33 seconds when Jackie Quigley pounced on a loose ball to drill in a goal. Joanne Dillon continued her magnificent goalscoring run throughout the campaign with another brilliant middle finger.

Aisling Maher’s free landed in the Wexford net early after the restart to provide the Dubs with the perfect boost and Emma Flanagan followed. Izzy Davis contributed a brace and Adrian O’Sullivan’s charges were in the bottom six.

This meant that Tipperary’s win over Cork fell short. It was ironic that Prime Ministers, who have made such progress over the past four years, yearned for a big scalp and when they did, it ultimately came to naught.

The match started off with a bang, with Devane racing towards the net after 16 seconds. Cork, who welcomed Hannah Looney and former Down player Sorcha McCartan to the squad, were level before the minute was up with a lucky Laura Hayes goal. Points from Eimear McGrath, Grace O’Brien and a prodigious point from Devane gave them the upper hand

McGrath converted a two-point sideline in second rule and O’Brien and Ereena Fryday extended Tipp’s lead, but Cork hit five in a row, including from Chloe Sigerson and Ashling Thompson, brought them back tied.

But Devane found the winner which was a fantastic result but meant nothing in the final calculations.