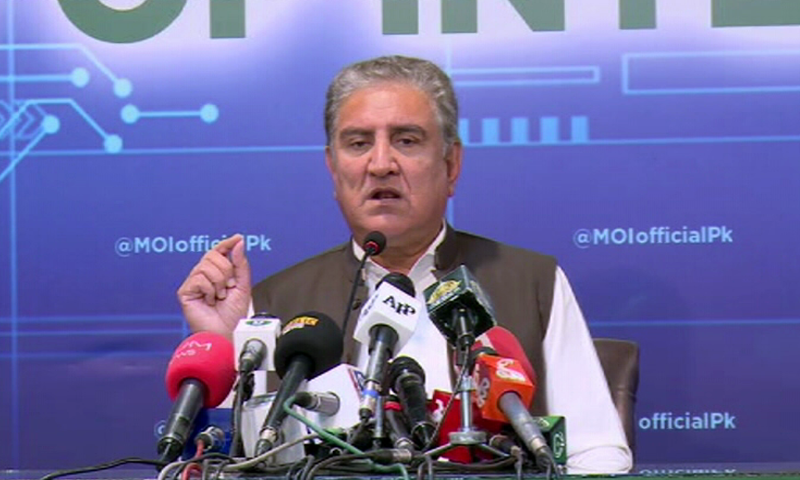 “I have said over and over again and I will say again today that as a political worker, I believe that all of our allies… [are with us and] and my party and I have complete confidence in them.

“We think they are very refined and honorable people. They have supported us at various times during these 3 years and we have been, are and will remain grateful to them,” the foreign minister told a conference press in Islamabad.

He said he trusted government allies to fully understand the opposition’s tactics and the veracity of their promises. “They are experienced politicians and they will not be easily fooled. To meet and listen [to others] everyone is right but they understand everything,” added the Minister of Foreign Affairs.

Qureshi said the opposition would be disappointed to try to win over government allies.

The foreign secretary’s remarks come after the joint opposition submitted a no-confidence resolution against the prime minister last week. The opposition has recently engaged in talks and meetings with government allies and says it also has support from disgruntled PTI members.

The opposition meetings have prompted the government to also hold various meetings with its allies, but it is unclear which way they will vote.

However, the PML-Q recently made a decision regarding the vote on the no-confidence resolution and will announce it after a final round of consultations with other ruling coalition allies. Punjab Assembly Speaker Chaudhry Pervez Elahi, speaking to reporters on Sunday, said his party was working with MQM-P and BAP.

Meanwhile, despite desperate attempts by the PTI and Sindh Governor Imran Ismail on Sunday, the MQM-P kept its cards close to its chest keeping all “options” open for the crucial parliamentary process, saying it would take a decision on no-confidence vote only “according to the national interest and the party”.

The foreign minister lashed out at the opposition, calling it an “unholy alliance” and a “marriage of convenience” that was formed only for the motion of no confidence.

Qureshi said the main opposition parties – PPP, JUI-F and PML-N – had nothing in common and the government would reverse their decision in a political, democratic and constitutional way. He predicted that the opposition alliance would break apart for lack of a common ideology.

FM Qureshi said these parties had only one objective, which was to remove the prime minister, adding that the masses know very well “why the opposition is afraid of him”. [PM Imran]”.

He also asked the opposition if his decision benefited the country’s economic, commercial and diplomatic environment and other efforts such as the campaign for Afghanistan.

“What signal is sent to India with this decision? the foreign minister asked, wondering if the decision to table a no-confidence resolution benefited Pakistan’s arch-rival.

Targeting the PPP in particular, he accused the party of bribing lawmakers to switch loyalties and use undemocratic and unconstitutional methods.