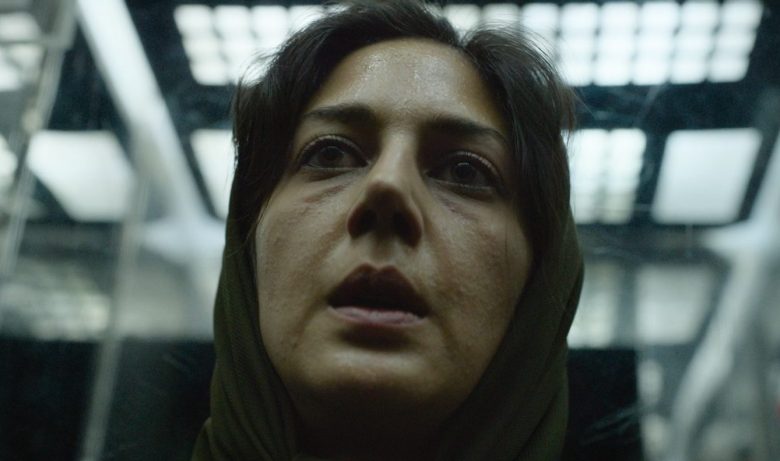 Ali Abbasi’s irresistibly outraged “Holy Spider” will certainly be compared to a number of modern serial killer films, but his real subject of crime – an Iranian construction worker who strangled at least 16 sex workers in Masshad as part of his misogynistic crusade to ‘clean the city of corruption’ – wasn’t exactly in the same league as the Zodiac or the Night Stalker from ‘Memories of Murder’. On the contrary, Saeed Hanaei (Mehdi Bajestani, endowing his role with the ordinary banality of a martyr in need of cause) could not have been much more awkward on the subtleties of his mission.

A married father of three who dumped all of his victims in one place after smothering several in the living room of his family’s home, Hanaei was an amateur at heart. The only reason he was able to continue the slaughter for so long is because no one was particularly determined to catch him. In a holy city home to both the largest mosque in the world and a highly visible prostitution industry, the criminal police have little incentive to solve a problem that the religious police would rather see as a solution.

While the frank, unfussy first hour of “Holy Spider” strips away much of the hair-raising suspense the movies have conditioned us to expect from these horrific tales (as well as most of the heightened genre quirks that “Border” fans might hope to find in its director’s next feature), it’s only because Abbasi’s film is covered in an overwhelming, impenetrable veil of indifference. And that veil only thickens once the Abbasi expands his simple game of cat and mouse into a furious condemnation of the filth that Iranian society will tolerate in order to keep its self-image clean.

“Holy Spider” is at its most venomous once it fully builds its web – ditching the neon green and synth-noir trappings of its first half in favor of a more clinical vibe – but the film establishes a number of crucial threads through the process of spinning it. The first is Hanaei himself, whose identity as the “Spider Killer” is revealed almost immediately so that Abbasi is free to complicate it multiple times. Hanaei is a devout Muslim who prays at the huge Imam Reza shrine. He is a faithful husband, even though his wife is young enough to be his daughter and looks at him with some fear. He is a loving father, whose teenage son worships him as an idol and whose sweet little girl laughs when he bounces her to her feet.

More importantly, Hanaei is also a veteran of the Iran-Iraq war, who sent an entire generation of men to their deaths with the promise of making them martyrs. He is one of the few to have survived “unscathed” (his word) and since then he has been desperately searching for something to fulfill his sacred purpose.

Killing the sex workers he finds on the streets of Masshad at night seems like he might do the trick. The scarves they wear make them easy to strangle as long as he can hit them before they have time to take them off (unlike most Iranian films, Jordan’s film “Holy Spider” is free to depict women without their hijab in private, which he frequently does alongside equally dangerous provocations like murder, political conspiracies and an unsimulated blowjob). Newspapers cover the murders with the same moral distrust as a Fox News segment on Kyle Rittenhouse. Mashhad is suffering from a terrible drought and the city needs someone to clean its streets. Hardly anyone seems ready to dispute the virtue of Hanaei’s crusade.

No one except headstrong journalist Rahimi (former Iranian actress Zar Amir Ebrahimi), who recently went freelance after an editor fired her for rejecting his sexual advances. Loosely based on a real woman but largely imagined from scratch for the purposes of Abbas’ film, Rahimi is determined to uncover the truth behind the murders – even if she has to cover up (or go undercover) to do so.

That Ebrahimi is able to produce such a strong impulse from such a staid character is a testament to the palpable fury she brings to the role. Abbasi’s storyline becomes cliché each time he twists the facts of this case into fiction, but Ebrahimi’s resolve – likely bolstered by his own experience of public misogyny in Iran, which ended in a leak of sex tape forcing the actress to abandon her lucrative television career and flee the country in search of a fresh start – makes even the film’s most ridiculous contrivance seem faintly plausible.

“Holy Spider” is never fully able to shake off the feeling that Abbasi might be oversimplifying a more complex situation for Western audiences, as even the court proceedings that carry the third act betray a certain amount of mustache villainy (anyone hungry for a less fictional retelling of this story can look up the 2002 documentary “And Along Came a Spider”). But the same mechanism that crystallizes the obvious biases of the Iranian legal system also refracts the film’s judgment in a fascinating array of other directions. While the film’s first half eschews the cheap feels of its serial killer story, the pointed banality of its final chapters proves horrifying for this genre. The scariest thing about “Holy Spider” isn’t that Hanaei might be declared innocent, but rather that no one will bother to dig deeper into her guilt.

“Holy Spider” premiered in competition at the 2022 Cannes Film Festival. It is currently seeking distribution in the United States.

Register: Stay up to date with the latest film and TV news! Sign up for our email newsletters here.