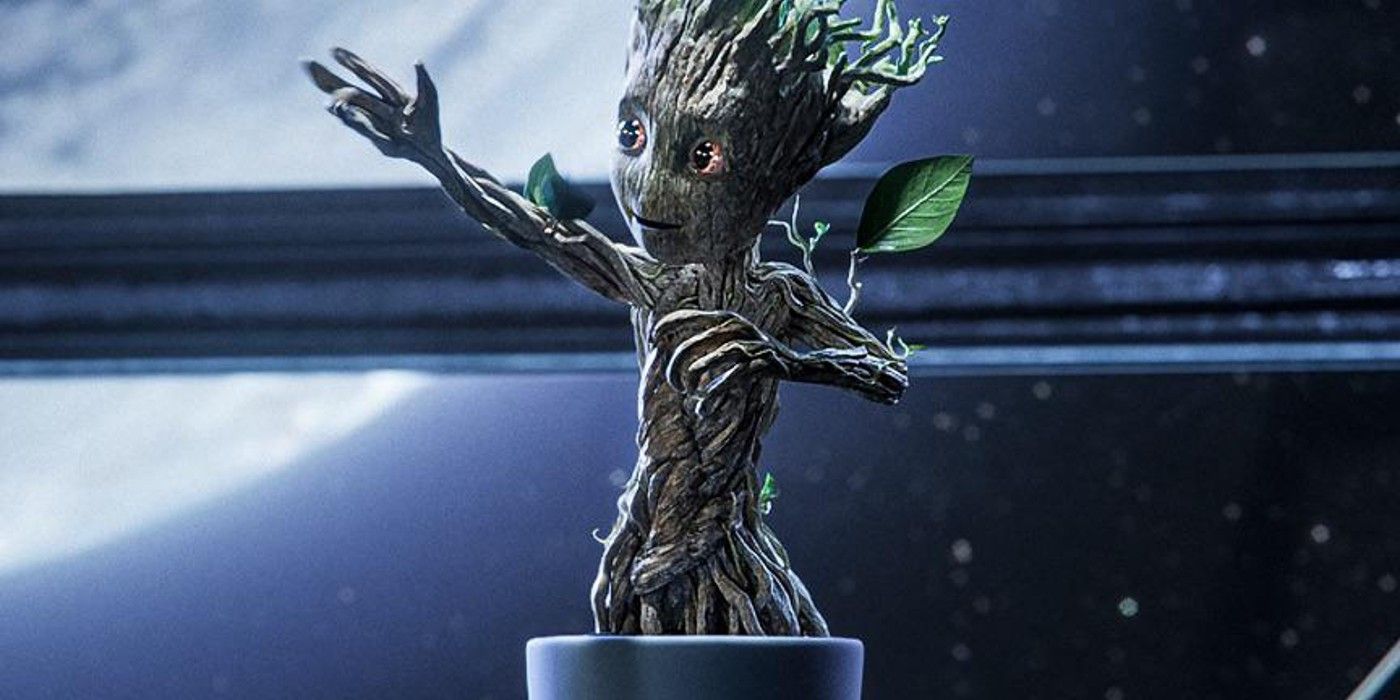 The following contains spoilers for I Am Groot, Season 1, Episode 5, “Magnum Opus,” which airs on Disney+.

Marvel and Disney+ recently dropped all five episodes of I am Groota limited series of short films chronicling the adventures of Baby Groot following the events of guardians of the galaxy Volumes 1 & 2. After the emotionally devastating 2014 finale Guardians of the Galaxy, Groot – a huge tree-like creature – heroically sacrificed himself to save the lives of his fellow Guardians. However, Groot wasn’t lost forever, as the final moments revealed that his friend Rocket Raccoon had repotted one of Groot’s twigs, growing a new baby Groot by the time the end credits roll.

At first, fans were under the impression that this Baby Groot was actually just a reincarnated, younger, and smaller version of the original Groot, though director James Gunn dismissed all speculation with a simple tweet in 2018. Gunn said very bluntly that Baby Groot is not the same Groot from the first film, but rather his son, and therefore retains no memory of his previous life. While Groot’s behavior throughout the series reflects the fact that he doesn’t remember his previous life, there is a moment that comes right at the end of I am Grootthe latest episode of “Magnum Opus”, which suggests otherwise.

RELATED: James Gunn and Marvel Have Divided Opinions on I Am Groot’s Place in MCU Canon

During I am GrootAcross all five episodes of Baby Groot, Baby Groot embarks on a series of quirky adventures, aligning with the hilarious misdeeds fans have come to know and expect from the character. One episode sees him getting into a physical altercation with a plant resembling some sort of alien variant of a bonsai tree, while another portrays him as the prophesied hero of a miniaturized civilization. Although on the surface these look like wacky plot points, they fit right into the world of Baby Groot, much to the delight of audiences.

The latest episode, “Magnum Opus,” shows Baby Groot gathering various Guardians items to create a custom family portrait before accidentally blowing up the Milano. While on the surface it’s already a thoughtful and adorable gesture, it’s the actual portrayal that has fans buzzing across the internet, as Baby Groot drew what appeared to be 2014’s adult Groot’s final moments. Guardians movie, with her outstretched arms surrounding her family in an act of pure love. While it’s undeniable how sweet the portrait is and how touched Rocket was by the photo, one simple question remains: how does Baby Groot remember it if he’s not the same Groot since the first guardians of the galaxy?

RELATED: Marvel Harvests a New Batch of I Am Groot Posters

Does this mean that “Magnum Opus” directly negates James Gunn’s previous statement regarding Baby Groot’s legacy and memories? It’s not entirely out of the question to think that Baby Groot may be dreaming of this moment or hazyly remembering it. Baby Groot, after all, was literally born from the pieces of Groot, so perhaps the branches of Groot retained his final moments and passed them on to Baby Groot. This might be a clever way to portray Flora Colossus’ reincarnation/regeneration while still being a sweet reminder of the previous film, and letting fans know that Baby Groot remembers how much he loves his friends and how far he would go to protect them.

As guardians of the galaxy As fans know, Baby Groot was one of the main comedic forces behind the 2017 sequel. Groot, such as his signature (and unique) dialogue line: “I am Groot”. This is probably where the appeal of a series like I am Groot kicks in: it’s an excuse to revisit a beloved version of a character who may no longer exist in the current Marvel Cinematic Universe timeline, and for good reason; Baby Groot is great fun.

I Am Groot is available to stream on Disney+.