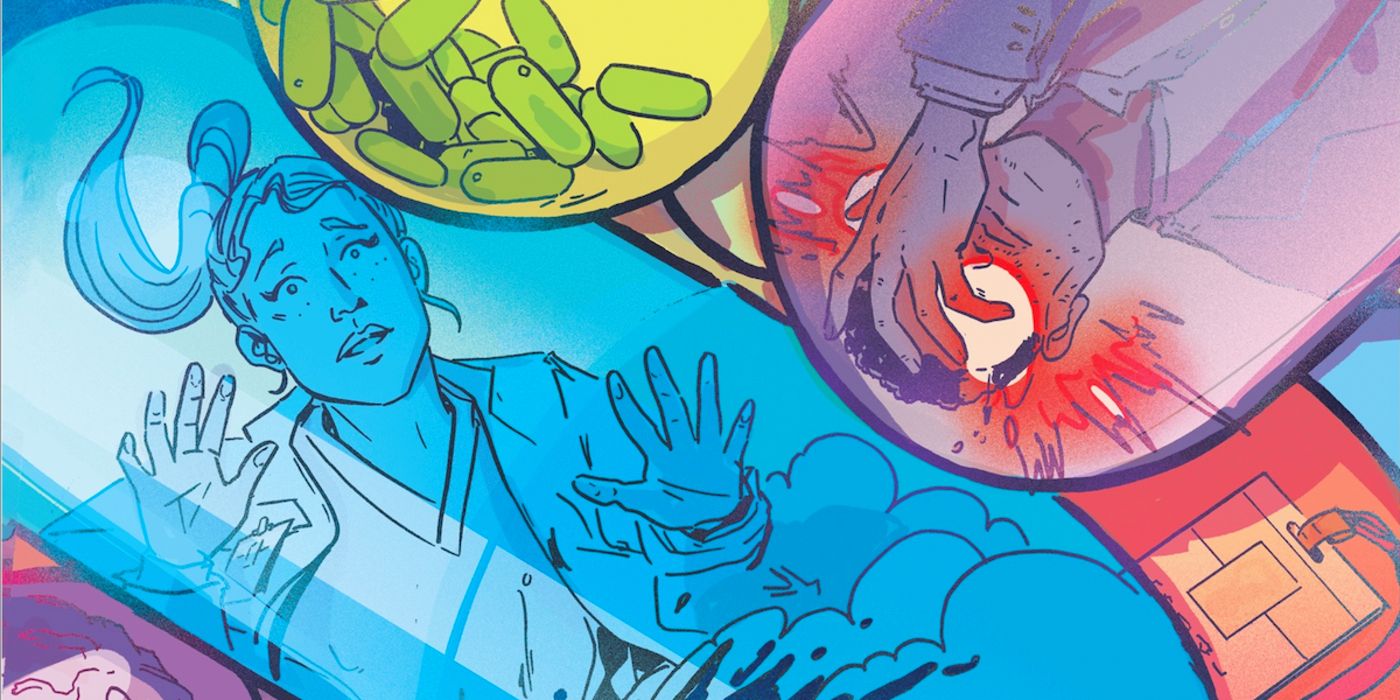 CBR can exclusively reveal a preview for IDW Publishing cracklea new five-issue miniseries that is part The boys and part Nurse Jackie.

crackle comes from writer Matthew Klein, illustrator Morgan Beem (Swamp Thing, adventure time) and colorist Triona Farrell and letterer Hassan Otsmane-Elhaou. Released in September, the series combines elements of a medical drama with a superhero story that takes readers on a wild and unpredictable ride. The synopsis reads: “Less than a decade into her rehabilitation, recovering drug addict Rose Osler is one of a handful of physicians in the United States who specialize in treating ‘powerful individuals,’ human beings imbued with a range of incredible – and according to some, fundamentally dangerous – superhuman attributes.Amid a sudden and growing wave of violence and chaos seemingly wrought by these powerful citizens, Rose struggles to balance the ghosts of her past with the growing pressure of her professional responsibilities, while struggling to hold her strained marriage together and avoid the lure of getting high.”

Klein said that crackle is largely a series about “sacrifice, heroism and self-care”. He continued: “During the pandemic, we’ve seen such an increase in people needing help, falling into self-harming behaviors, addiction or alcoholism, it felt like they had to. There’s a story about a first responder who needs help but doesn’t know how to ask for it Heroes need help too Whether they’re wearing capes or stethoscopes, the responsibility to save the someone’s life can be overwhelming. We’ve all seen an extraordinary number of heroes step up to the front lines of the pandemic. I wanted to explore the story of an everyday heroine who wants to save everyone at the expense of everyone. herself and how dangerous that kind of self-neglect can be.

Beem added, “One of the things that really excites me about this project is that all of our characters, and especially Rose, our main character, have flaws. They all have a lot of strength but also a lot of real weaknesses. They make mistakes, sometimes huge ones, but they keep going. They learn to forgive others, and especially themselves. I like it because it’s something I think we can all relate to. .”

Editor Heather Antos said crackle was a particularly relevant story at this point in time and history. “What Matthew, Morgan, [Farrell and Otsmane-Elhaou] managed to capture in 22-page chapters is nothing less than an extraordinary display of humanity that will hopefully help many people connect, grow, and heal. One of the greatest powers we all possess is the ability to reach out and connect with each other, but sometimes finding the strength to do so gets lost along the way. Joining Rose on her journey of personal growth as she was caught between powers far beyond her has been a joy.

crackle #1 features cover art by Beem, Jorge Corona, and Liana Kangas. The issue comes out in September from IDW.