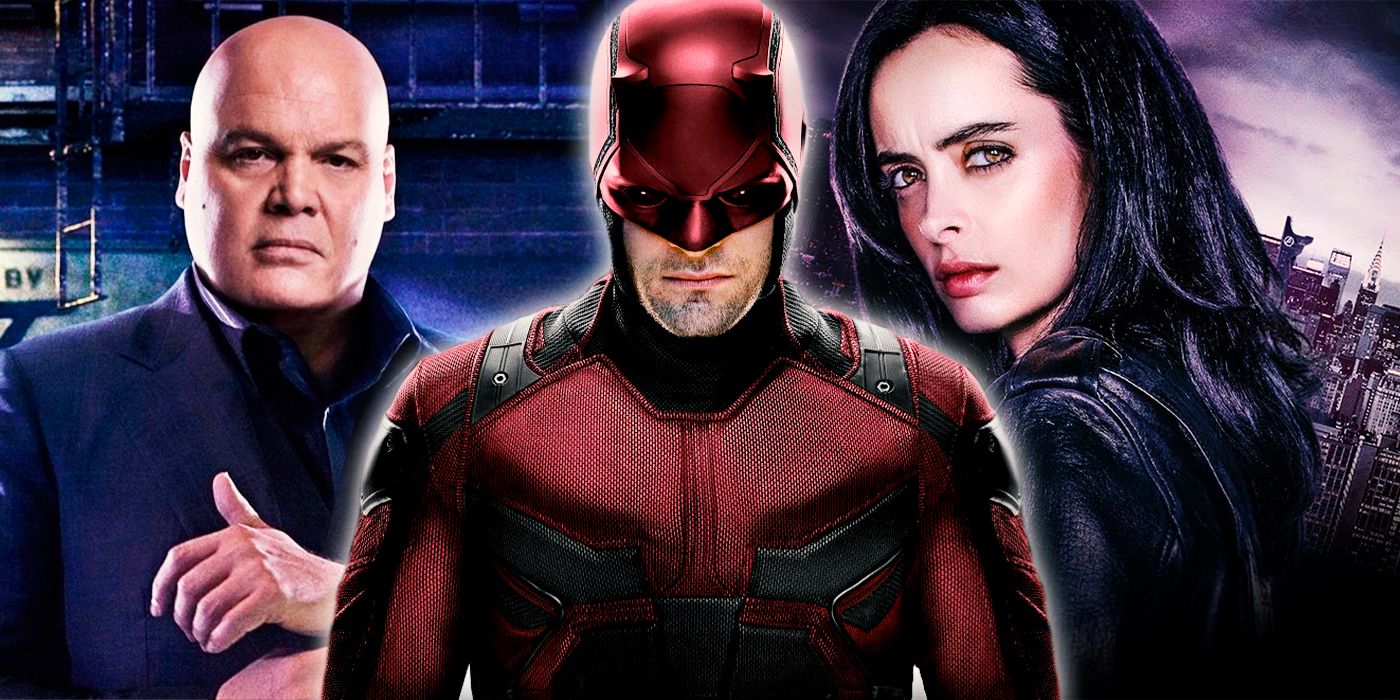 Kevin Feige has confirmed that Charlie Cox’s Matt Murdock is the MCU’s Daredevil. What could this mean for other Marvel Netflix shows?

At a press conference for Spider-Man: No Path Home Marvel Studios Director Kevin Feige confirmed Netflix’s Charlie Cox Matt Murdock on Friday daredevil as Daredevil from the Marvel Cinematic Universe. In an interview with Sean O’Connell of CinemaBlend, Feige said, “If you were to see Daredevil in things to come, Charlie Cox, yes, would be the actor playing Daredevil.”

While this is great news for Cox’s future as the iconic Fearless Man, Feige also hasn’t clarified in what manner, shape, or form Cox’s Daredevil will make his official MCU debut. Additionally, it also calls into question the status of other heroes from other Marvel Netflix shows like Jessica jones, Luke Cage and Iron fist. After all, it wasn’t that long ago that Feige suggested that pre-Disney + shows aren’t canon anymore. While that may still be the case, that doesn’t mean the characters – with the same cast – still can’t appear in the MCU given the events of Avengers: Endgame.

Before Avengers: Endgame and especially before the launch of the Disney + streaming service, Netflix Marvel shows existed in their own corner of the canonical MCU. Originally aimed at a more adult audience, the Marvel Netflix shows allowed storytellers to focus on Marvel’s street heroes and explore more R-rated themes. Some of these themes included child abuse, complex trauma, sexual violence, and moral ambiguity. In addition to the more mature themes, explicit language was used and the violent content was overly graphic.

The premise of the Marvel Netflix shows aimed at adults naturally does not match the more family-friendly Disney + platform. As such, it makes sense that shows don’t see a revival on the platform. Despite this, the shows could still exist as their own separate canon within the MCU multiverse, aided by the events of the two. Avengers: Infinity War and Avengers: Endgame.

RELATED: A Daredevil Reboot Would Be Incomplete Without Netflix’s Karen & Foggy

At a time Infinity war and End of Game, one could argue that the original MCU, as fans knew, had been destroyed and replaced with a new reality that was unaffected by Thanos’ massive destruction of life. To create this new reality, the Avengers had to travel through time to retrieve the Infinity Stones before Thanos got them, with each trip to the past resulting in the creation of new alternate realities. As such, it can easily be said that none of the original MCUs pre-End of Game is really hot, but that doesn’t really matter. Even with the timeline changes that took place, the characters who survived the final battle with Thanos are still recognizable as hero fans have been following since the MCU began in 2008.

Apply the new post-End of Game canon to the heroes who originally appeared on the Marvel Netflix shows, it is highly unlikely that they were erased from existence and likely still reside in New York City with some version of their original story intact. If they appear in future MCU movies or Disney + shows, they will most likely appear as supporting characters, which would avoid delving too deep into their dark backstories. If they get their own movie or TV series, they’ll likely appear in a revival of The defenders which follows the MCU’s PG-13 format. While the latter would result in less colorful language and less graphic violence, it could still tell more grounded stories with a Christopher Nolan approach: safe enough to be seen by a younger audience, but mature enough to engage. an adult audience.

Hawkeye’s most ‘useless’ arrow had major implications for the MCU

Diane Darcy is a news writer for CBR with a background in psychology. She is also a graphic designer and podcaster. As a big fan of anime, manga, comics, film and television, Diane has created several blogs and fan websites over the years. His most popular blog is the Helena Wayne the Huntress Blog. Diane has also contributed to publications for WWAC, Comics Bookcase and Shelfdust. Diane is also a regular podcaster on DC Comics and Doctor Who for the Wright On Network. Diane can be followed on Twitter at @HelenaWayneBlog and Instagram at @dianedarcywriter