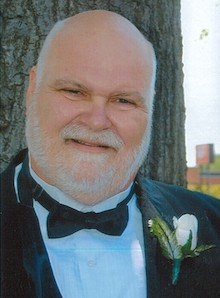 He was born on September 17, 1954 in Warren to Mike and Marie (Kopscik) Shiamone.

He played on the state champion Warren G. Harding soccer team in 1971.

He worked for the Open Road RV company where he did motorhome repair work which eventually led to opportunities in Maryland and Fort Lauderdale, Florida. There he did similar work for the Whittington Brothers racing team.

He also worked for U-Haul Corporation for 21 years as a regional manager in Northeast Ohio and then started John Shiamone Transportation Co. LLC.

John married Vada Davis on April 17, 1982. Together they raised their daughter Jessica and were married for nine years. Vada predated John in death in 1991.

In 2004, John married Catherine Vanderburg and was a father figure to his children Jennifer, Daniel and Melissa.

John will remember many cousins â€‹â€‹and other close family members. They will miss his sense of humor, his comedic timing and his jokes. He was a master storyteller and loved to tell you about his Florida adventures and racing days.

He rooted for all of the Cleveland teams (Browns, Cavaliers and Indians) and enjoyed all types of auto racing. The more savage the downfall of WWF or WWE, the more entertaining John found professional wrestling.

Call hours will be Tuesday July 6 at the Staton-Borowski Funeral Home in Warren. Family and friends can call from 5 p.m. to 7 p.m. A Christian funeral mass will be held Wednesday (July 7) at 10:30 a.m. at St. Mary’s Roman Catholic Church, 232 Seneca Ave. NE Warren.

Staton-Borowski Funeral Home in Warren is making arrangements. Condolences can be sent to www.statonborowskifuneralhome.com.

To send flowers to the family or plant a tree in memory of John R. Shiamone, visit our flower shop.