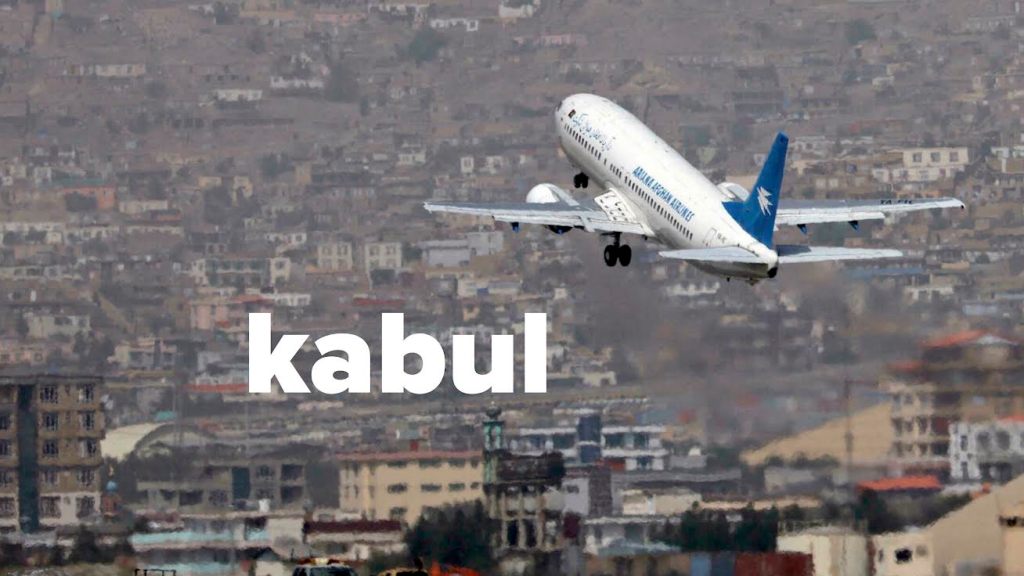 “Kaboul”, co-developed by Thomas Saignes from Cinétévé, Fabienne Servan Schreiber, Matthias Weber and Thibault Gast at 2425 Films, is a six-part thriller that takes place between the Taliban takeover on August 14 and the closing of the borders two weeks later. . The series is written by Olivier Demangel, whose credits include Cedric Jimenez’s upcoming film “November”, “Atlantics” by Mati Diop and “The Warriors” by Thomas Finkielkraut.

Saignes, who joined Cinetévé in late 2017 as the driving force behind the company’s push into international series, said “Kabul” will revolve around the refugee crisis sparked by the Taliban takeover of Afghanistan, describing how locals and expatriates have embarked on a race against time to flee the country before the final departure of American troops. The series will also show how local efforts of embassies, community groups and NGOs across Europe joined forces to help evacuate hundreds of people. Saignes said Servan Schreiber, founder and CEO of Cinetévé, known for his political commitment, participated in these efforts over the summer.

One of the “Kabul” subplots will also shed light on how the CIA was tracking down an ISIS cell that was supposed to prepare an attack at the airport. Citing “Chernobyl”, “Argo” and “Babel” as references, the French producer said that “Kabul” will follow several characters whose paths intertwine amid tragic events. Cinétévé is looking for a renowned filmmaker to direct the series, which will be shot in Afghan, French and English.

Demangel said he was drawn to the project because “the evacuation of Kabul was a moment of great dramatic intensity. [It] is one of the most amazing events of the past decade.

The screenwriter, who recently completed the script for “Father and Soldier” with Omar Sy, said “Kabul” will show “evacuations of embassies, arrival of the Taliban, attack by ISIS and in the midst of all this, the flood of Afghans Trying to escape. ”Demangel said the idea was to contain the two-week evacuation schedule and focus the action on what was happening at the airport. will bring together Afghans and international figures, including French and Americans, said Demangel, who writes the series based on articles and interviews, as well as research on the contemporary history of Afghanistan.

“Kaboul” is the second show that Cinétévé is launching in partnership with 2425 Films. The two companies recently joined forces on “Cuisine Interne”, a series following a young Franco-Senegalese chef who left a prestigious position at the head of the kitchens of a large Manhattan hotel to start from scratch in Paris. Back home, she is confronted with the masculine environment of French cuisine and has to deal with mafia criminals. HAGO manages worldwide sales on “Internal Kitchen”.

Also on Cinétévé’s development list, “Birdwatcher” is a neo-noir procedural thriller with dark humor following a former agent who was hired to solve crimes across Europe. Saignes said that “the charismatic star of the show will bring a modern, technological and international touch to the classic tough sleuth genre.” Cinétévé is producing the show with Jan Diepers at Studio-Hamburg in Germany.

“Split” is a comedy series written by famous French feminist author Iris Brey, who will also be the director. The show, which Cinétévé produces with Canal Plus, revolves around Anna, a 30-year-old stuntwoman who is expecting her first child with her boyfriend before falling in love with a famous actress during a shoot. Casting is underway with Elodie Demey, the premier casting director of Audrey Diwan’s “Happening” and François Ozon’s “Summer of 85”. Studiocanal is handling sales for the series, with filming expected to begin next year. Bleeds said the show would be in the same vein as “Fleabag” and “I May Destroy You”.

Cinétévé is teaming up with Federation Entertainment on “Dans le trouble”, the awaited French remake of the hit Israeli show “On the Spectrum”. Lola Doillon (“Greek salad”, “Call my agent!”) And Marie Desplechin, best-selling children’s book author, write the adaptation. Located in the vibrant 19th arrondissement of Paris, “Dans le Trouble” will follow Nolwenn, Martin and Ibrahim who have been diagnosed with autism spectrum disorder and will share an apartment together. The series consists of eight half-hour episodes.

The company is currently filming “L’ile prisonnière”, a fantastic series produced by Jean-Pierre Fayer and Servan Schreiber from Cinétévé. He also recently completed the second season of “Parliament”, a political satire on the European Parliament created by Noé Debré (“Stillwater”, “Dheepan”).