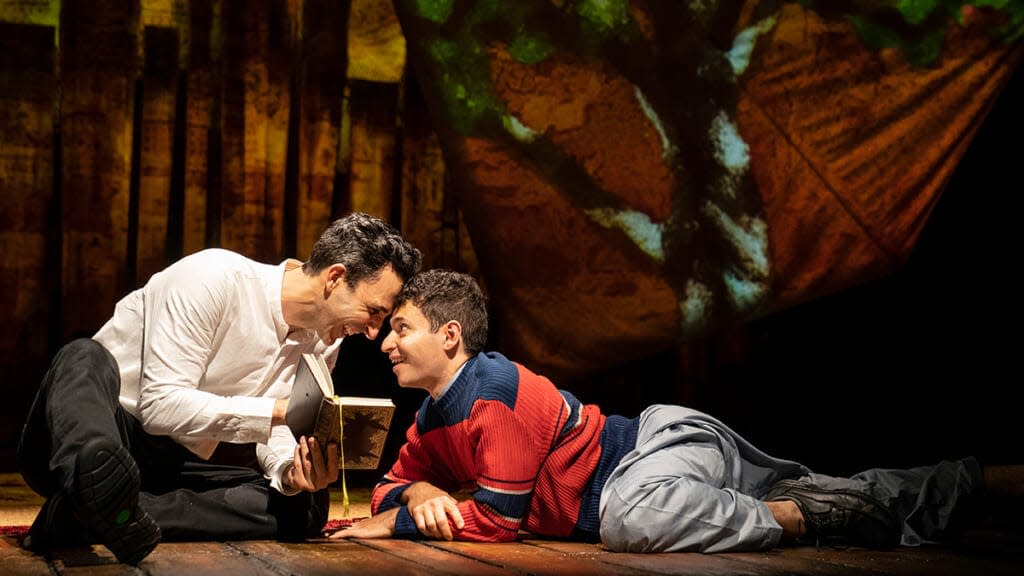 When does a true villain become a Grand Guignol trope? Beginning in World War II, the Nazis were that convenient villain whenever fiction writers needed to shock us with senseless, morally unbalanced violence. Was Liliana Cavani’s 1974 film ‘The Night Porter’ starring Dirk Bogarde and Charlotte Rampling the turning point in exploitation when the real shock at the actions of the Nazis turned into mere titillation in the description of a sexual relationship between a former concentration camp officer and one of his prisoners?

The Taliban are the new Nazis, not that they are gone, unfortunately. Afghan terrorists feature prominently in Khaled Hosseini’s first novel, ‘The Kite Runner’, published in 2003. A film version followed four years later, and in 2009 Matthew Spangler’s play ‘The Kite Runner’ was had its world premiere at the San Jose Repertory. Theatre. This stage adaptation traveled to the UK, where Giles Croft directed it to Nottingham Playhouse and Liverpool Playhouse, with a stop in between in the West End. Croft is now bringing his staging of Spangler’s “Kite Runner” to Broadway, where it opened Thursday at the Helen Hayes Theater.

Spangler’s stage adaptation is not “Night Porter”. Then again, it’s not “Schindler’s List” or “The Damned” either. At the heart of “The Kite Runner” is a case of hidden authorship, the kind best left to comedies written in another century.

This central plot point aside, Spangler’s writing relies on the unconscionable horrors of the Taliban to keep us engaged. In Act 1, a young boy (Eric Sirakian) is raped by a future leader (Amir Malaklou) of the Taliban. And in Act 2, in a way that only pulp fiction can offer such a confluence of characters and events, this villain returns years later to brutalize not only the boy’s son (the dual-cast Sirakian) but his savior-protector Amir (Amir Arison), who narrated the play.

Before the rape, Amir’s narration is so lengthy that the show takes on a Cliff’s Notes quality when it comes to its source material. Croft’s management distracts with a tabla player placed at the bottom of the stage to emphasize spoken words. Arison is not an endearing storyteller. He is also not convincing as a young boy, although at first he does not resort to vocal artifices to signal his character’s various states of emotional distress. These mannerisms come later and completely flood Act 2, after Croft hits us with every visual cliche to telegraph that we’re either in San Francisco or Kabul.

Sirakian manages to be much more discreet, especially in his role as the imprisoned son. He lends a quiet gravity to a production that otherwise badly needs it.

Amir’s father is portrayed as almost as extreme a villain as any Taliban member, and Faran Tahir shouts every four or five words to emphasize Baba’s villainy. It’s a vocal mannerism echoed by Houshang Touzie as Amir’s boorish stepfather. The two fathers do not cross paths, but a curious subtext enters the story: does Amir want his father to come back to life just to punish himself for all his past sins?

Playing Amir’s wife, Azita Ghanizada is wise not to embellish what is a full figure of a role.

Read also :
‘Between the Lines’ Off Broadway Review: The Brothers Grimm Would Approve