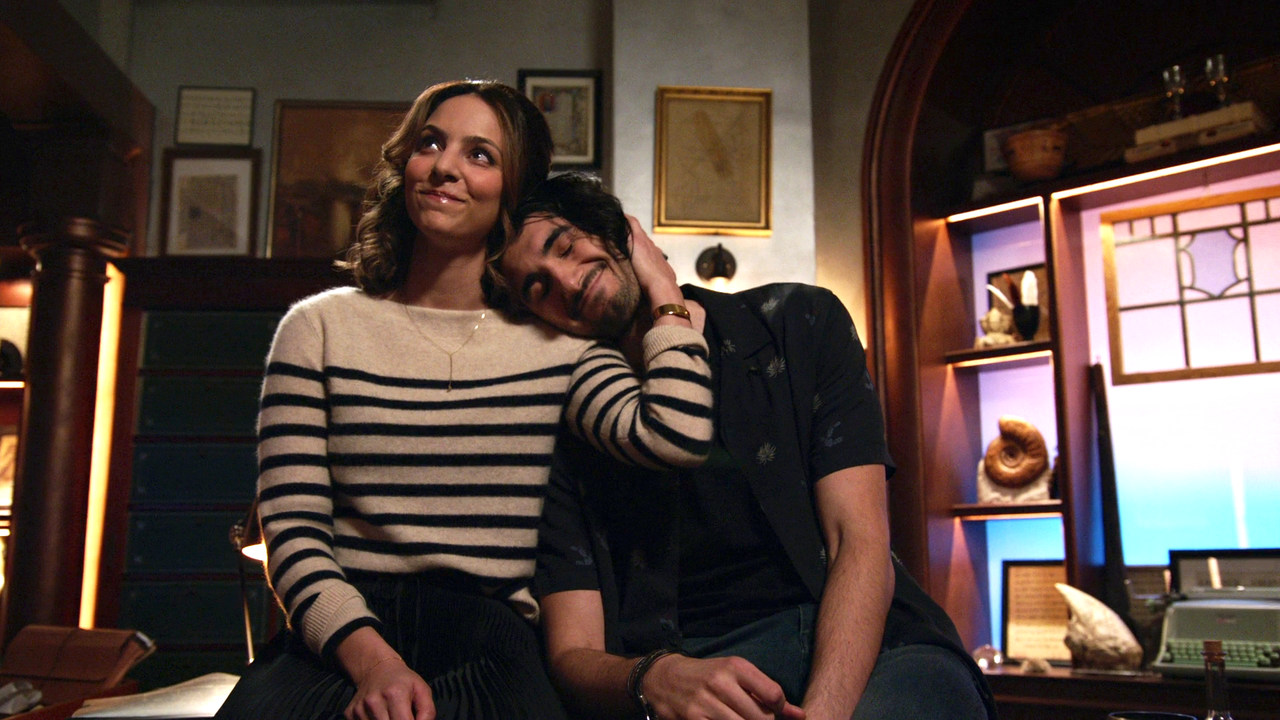 The post below contains no spoilers for the Legends of Tomorrow season 7 finale.

As Legends of Tomorrow wraps up its seventh season, it serves as a fantastic example of how Hollywood can portray Southwest Asian Muslim characters with dignity and respect; a lesson many other franchises would do well to heed. Free from stereotypes and proud of their Iranian culture, Zari (Tala Ashe) and Behrad Tarazi (Shayan Sobhian) are examples of fair and realistic portrayal of characters from Southwest Asia and North Africa (SWANA) in a industry filled with problematic stereotypes, and the writers behind them deserve praise for their pioneering portrayal of the superhero genre.

When Legends of Tomorrow started, it was with a mostly white cast. This meant that the team explored the world through a very limited, euro-centric lens. Then came Zari, an Iranian-American hacktivist whom the group met on their travels and who quickly became an integral part of the team, in season 3. Although her story begins painfully – having been the only member of her family to have survived persecution for practicing Muslims – we finally get a version of Zari who grew up with the legends through the series’ time travel antics. She even ends up reuniting with her brother, Behrad. Together, these two artists expose audiences to Iranian heritage and Muslim traditions like Ramadan.

It’s no secret that Southwest Asia —a more appropriate term for what many refer to as the Middle East, which has its roots in colonialism – and North African cultures have been steeped in negativity, racism or Orientalist takes since we became part of Hollywood. Author Jack Shaheen wrote about this in his book, Reel Bad Arabs, where he analyzes over a thousand films featuring Arab characters that were made between 1896 and 2000. In these films, an overwhelming majority 935 of them portrayed these characters negatively, while only 12 were positive and 53 neutral. While Shaheen’s book refers directly to Arabs (people who speak Arabic), this problematic stereotype of people from Southwest Asia includes those from non-Arabic speaking countries, such as the Iranian-American siblings. Zari and Behrad.

The portrayal of the characters is a rare example of how to avoid the stereotypes that still plague the industry 20 years after Shaheen’s book was published. They are not altered, forced to put on accents or have any affiliation with terrorism. In fact, the producers went out of their way to make sure it was true. Although Zari’s comic book counterpart is called Isis, they chose not to use that name for her in the TV series due to the terrorist organization of the same name making waves in the cycle of news at the time of its introduction. “…Given that we’re doing a Muslim superhero, it was like opening a Pandora’s box. It’s just not worth it,” executive producer Marc Guggenheim said during the press tour. of the Television Critics Association. according to EW. This decision clearly shows that the creators are aware of the importance of every detail of fair representation when it comes to Muslim characters from Southwest Asia.

“A person’s race, religion, or sexual orientation is not the only aspect of their character,” Guggenheim continues. It’s a courtesy that many filmmakers and executives still fail to give Southwest Asians across the industry. According to MENA Arts Advocacy Coalitiona non-profit organization that works to promote better representation of Southwest Asian characters in film and television, 78% of these television characters are always portrayed as trained terrorists or tyrants. That’s why it’s essential to give credit where credit is due, as characters like Zari or Behrad don’t appear on our screens often enough.

The past two years, however, have promised a brighter future. Thanks to the inclusion of characters like Zari and Behrad in shows like Legends of Tomorrow, networks realized there was no East an audience for inclusive and diverse storytelling. Now we even have Muslim-created shows like Hulu’s Ramy and Peacock’s We Are Lady Parts that break down barriers and help audiences understand what it’s like to be Muslim, instead of the stereotypes we see for decades. But these shows are so focused on the Southwest Asian or Muslim experience that many audiences might miss out because it’s just not a topic on their radar. This is where Legends of Tomorrow changes the game. The inclusion of Southwest Asian and Muslim characters in an industry dominated by whiteness, which rarely gives its audience the chance to see these characters lead their own stories, offers that audience the opportunity to realize how not the world can be beautiful when you bring different perspectives. , experiences and traditions that some were unaware of.

Letting Southwest Asian Muslim characters be fully authentic without giving in to Western tropes or stereotypes is rare, especially for comics. To be frank, the world of superheroes is mostly filled with white superheroes and saturated with westernized and orientalist characters from other races and religions.

These prevailing stereotypes are why it’s essential to see Iranian-American characters like Zari celebrate Ramadan in “I, Ava.” Or speaking Farsi with his family in “Slay Anything.” These moments, no matter how small, help audiences unlearn the biases they’ve been unknowingly taught by watching movies like Wonder Woman. or the countless other racist portrayals of people from Southwest Asia. The key to this success? Have various writing rooms and make sure your production listens to people from the regions they are trying to represent. For example, hiring Ashe and Sobhian, both of Iranian descent, to play Iranian-American characters means they can bring their personal experiences to those characters, which is invaluable to an industry whose stories are mostly written by people who don’t. I don’t know about these experiences.

TV shows are not written by one person. A series may be created or imagined by one individual, but the stories you see created season after season are the result of many minds coming together in one room. When all of a show’s writers or executives are white, you get what we’ve been getting for the past few decades: Eurocentric narratives that feature characters of color based on those writers. Perception of how these people behave, instead of authentic accounts that go beyond what people think they know.

With the way Zari and Behrad’s stories unfolded, it’s clear that Legends of Tomorrow gave it a different approach. They have hired many people of color from diverse backgrounds on their writing staff, including South Asian writer Paiman Kalayeh (who is also co-chair of the WGAW’s Middle East Writers Committee). The result is a cast of characters from diverse backgrounds who are given the authenticity and respect that many franchises and writers’ rooms lack. If more shows can take what the Legends of Tomorrow team has done and maintain the momentum, they will pave the way for more cultured storytelling that will allow this world of fictional heroes to become as rich as the world we live in. .

Legends of Tomorrow has yet to be renewed for Season 8, possibly due to the CW’s potential sale.