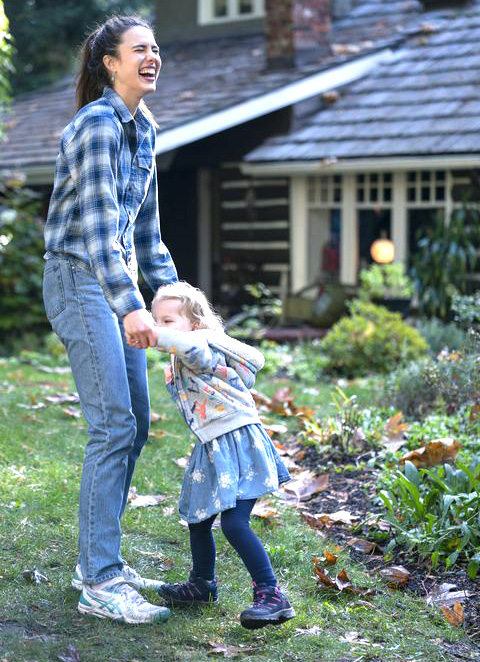 With streaming services like Netflix now much more common, the number of limited-series TV shows has increased dramatically. A limited series is a show that usually has a story arc that resolves into one season or even two. This new style of film finds a middle ground between movies and TV shows, allowing not only for a longer storyline than a movie, but also more detail and intrigue than a TV show. Each episode is meant to make sense of the storyline and pay attention to the story details that are important to include. A limited series that has recently caught the attention of many is “Maid”.

The “Maid” limited series is based on a memoir titled “Maid: Hard Work, Low Pay, and a Mother’s Will to Survive” by Stephanie Land. The book itself was put on “Obama’s 2019 Summer Reading List” and featured on Amazon Reviews as “a single mother’s personal, unwavering look at America’s class divide, a description of the tightrope many families walk just to get by, and a reminder of the dignity of all work”. The show follows a very similar storyline. It’s about a young mother fleeing an abusive relationship and follows her struggle to find stability while living below the poverty line for a year. He comments on abuse, class, love, mental health and motherhood.

It’s a very revealing story, but it’s also produced in a way that puts you in the shoes of the main character, Alex, and helps you see the full complexity of the situation rather than seeing it as just a solution. Producers have many clever ways to force audiences to adopt Alex’s point of view. One way to do this is to have the amount of money Alex had at the time on the side of the screen, showing how every little purchase can add up when you live paycheck by paycheck. .

They also use a variety of surrealism techniques to help viewers understand how Alex feels. For example, a character would be stuck in a literal hole when things were feeling hopeless and out of control, or there would be a dance sequence when the character was feeling celebratory. These techniques translate well, especially since this is a book adaptation. The series still feels like a story, with each episode being a chapter in the character’s life. “Maid” is a perfect example of how film can use real-life dramatized versions to force audiences to understand a story more holistically.

The relationships in this series are painfully beautiful. From Alex’s relentless love for his daughter to the life-changing relationships formed with strangers, there are moments that will make you cry (if you’re emotional watching movies like me). The show depicts an example of domestic violence in all its complexity, which can be triggering for some viewers. In all instances, he acknowledges the difficulty of leaving an abusive partner.

This story places a strong emphasis on motherhood, both through Alex’s strength when it comes to her own child, and also in Alex’s relationship with his own mother. Andie MacDowell does an amazing job playing Alex’s bipolar mother, whom Alex ended up having to raise almost as much as she did her own child. It shows their mother-daughter relationship and its challenges, full of both ugliness and moments of joy. It’s a relationship that keeps viewers invested, anxiously hoping for a happy ending.

Another aspect of this limited series that stood out was the acting. It consists of a well-known and very talented cast, including big names like the previously mentioned Andie MacDowell, Margaret Qualley (MacDowell’s real life daughter) and Nick Robinson. With such a moving story, the series requires actors who can address a wide range of emotions to best portray the intensity of the situation. The actors do just that, portraying humanity at its lowest and highest.

Qualley got a lot of attention with her performance in “Maid,” and rightly so. She perfectly demonstrates the desperation and perseverance of a mother who tries to do everything she can for those she loves and for herself. Qualley’s powerful performance earned her a Screen Actors Guild (SAG) Award nomination for “Outstanding Performance by a Female Actor in a Miniseries or a Movie.”

If you feel up to watching a series where you’ll be heavily invested in the characters’ lives and relationships, I recommend checking out “Maid” on Netflix. It’s an emotional rollercoaster, but well worth the mental breakdowns.