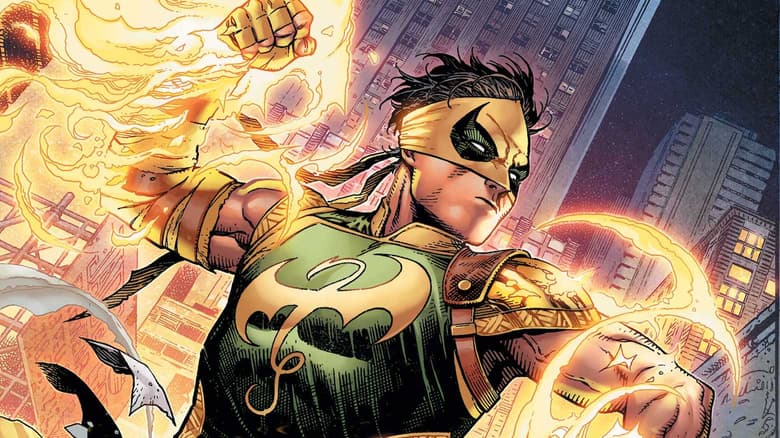 After relinquishing his power to save the world earlier this year in IRON FIST: HEART OF THE DRAGON, Danny Rand thinks he’s seen the last Iron Fist. But when demons start attacking cities around the world, a new hero appears, hands blazing with the Chi of Shou-Lao the Immortal! Who is this new Iron Fist? And does his power really come from the Dragon of K’un-Lun… or something far more sinister? Fans will have to wait for the first issue to find out his identity, but they can now see him on the awesome cover of IRON FIST # 1 featuring an all-new costume design from superstar artist Jim Cheung!

Here’s what Wong had to say on this upcoming series: “It’s an incredible honor to bring a new Iron Fist to the Marvel Universe. I’m delighted to dive into and build on the rich comic book myth. What does it mean for someone to take on the Iron Fist mantle now, today? As a newcomer, how do you interact with heritage and honor it while blazing a new path?

“I’m so happy to be working with artist Michael YG, colorist Jay Ramos and the rest of the amazing team on this book. And writing this character, who sees things with new eyes, seems very special to me. “

“Working for Marvel has been a dream come true, but it was beyond any dream to be trusted to carry the legacy of Iron Fist,” said Michael YG. “This is such an exciting new direction, I can’t wait for you to read all about it because I am giving nothing less than my best efforts! “

“The first issue is a dynamic, action-packed, bizarre and… if I say so, charming comic strip,” promises publisher Mark Paniccia. “You’ll get the origin of this new Iron Fist, but there are a lot of cool mysteries that will unfold throughout the series. Things even the most avid Marvel fan could never have expected!

Watch the rise of a new Marvel legend when IRON FIST # 1 launches on the booths on February 16!