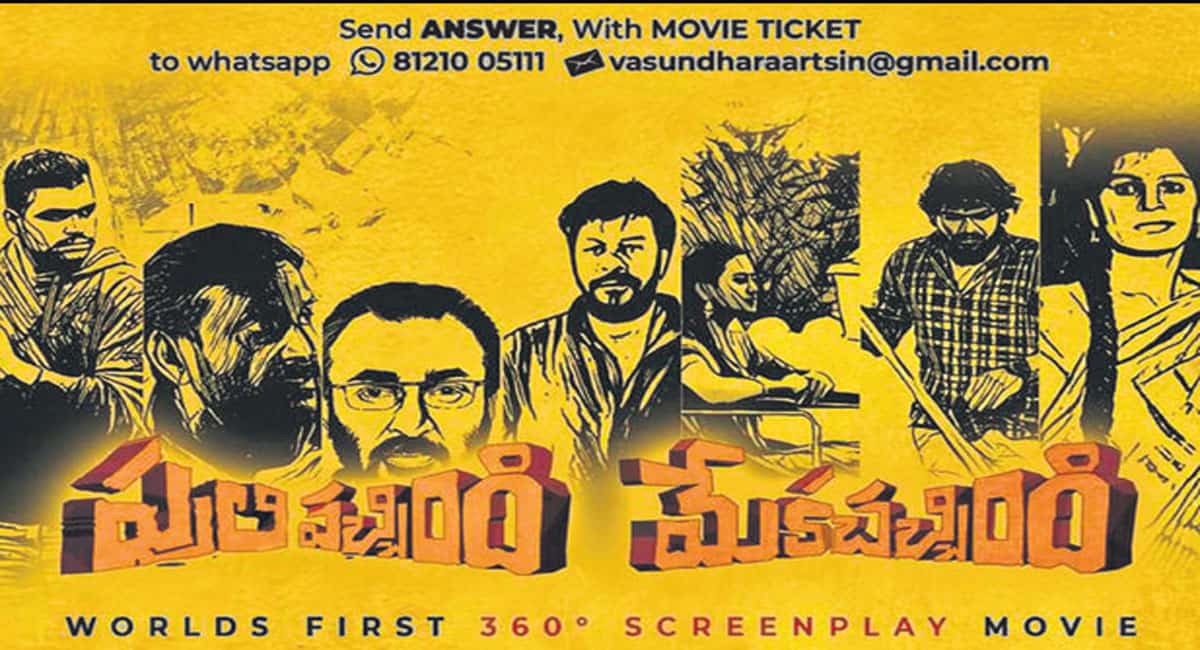 The filmmakers experimented with various techniques with the evolution of cinema. Hailed as the first 360-degree Telugu-language script film, â€œPuli Vachindi Mekasachindiâ€ entered the fray competing with Allu Arjun’s star â€œPushpaâ€ at the box office this week.

Directed by Sekhar Yadav, the film mixes the perverse behaviors of people from different social segments. It starts with a conversation between retired IPS officer Manu and his longtime friend and criminal named Panda (played by Anand Bharathi). And in one of their spare time chats, Panda asks his friend to tell an interesting crime story to get inspiration for writing a book. Panda needed a story that intrigued Manu throughout his time as a senior cop. The mood, which until then had been just a conversation, turned serious. The camera pans to show a family – Robert (Chitram Srinu), Aruna Kumari (Niharika Reddy), Vasudev (Yogi), Vaishali (Varsha) all conspire to kill a child in the house.

Why the cruel thought of killing a child? What is Manu’s relationship with the child? The twists and turns in the narrative are the story to explore in the second half.

Chitram Srinu plays a full role on the big screen after a long gap, with good variations. Niharika Reddy and Yogi are doing well with their performances. Ishan Subhan’s music will be another young talent to watch out for. As for the script, director Sekhar does his best to show what he could by not diluting the element of suspense in the story. The editing could have been better to make the film more rhythmic. Some of the slow-motion shots can make you impatient, however, you’d think it’s unfair to expect straight from a newbie who is new to the game.