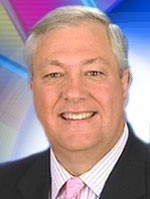 In addition to the tight competitive games in Omaha, Nebraska, last week, there was unnecessary controversy when the North Carolina state baseball team was disqualified, sending Vanderbilt to the championship round. Why was the Wolf Pack team sent home? Because at least 15 of their players have tested positive for the new Delta variant of Covid-19. Most of those who tested positive had not been vaccinated, which raises a serious question. Why? Why have there been so many players who have made the trip to Omaha without a blow to prevent this terrible disease? This fact alone shows a complete lack of accountability on the part of NCAA officials and, quite possibly, the NC State.

With the Wolf Pack disqualified, defending National Champion Vandy made it to the final to host Mississippi State in the top two of three series to determine the national championship. On Monday night, the Commodores mounted Jack Leiter’s strong right arm and a seven-point first inning to beat the Bulldogs 8-2. That leaves Vandy just one victory from a third NCAA title. With the 2020 season canceled due to the pandemic, it remains to be seen whether black and gold could have prevailed in last year’s CWS, but Vandy fans would like to think another win over MSU would be three. in a row.

If NC State had made the vaccination of its players mandatory, all of this unnecessary drama could have been avoided. It had been a miraculous run for the Wolf Pack and all they had to do to qualify for the final was beat Vandy once. With just 13 players in the dugout, NC State went heartbroken to Vandy 3-1 and in the wee hours of Sunday morning the NCAA announced the 2021 season would come to a screeching halt as NC State was forced to leave Omaha ‘ just a bit short of a championship.

How could this have been avoided? NC State head coach Elliott Avent, who was also not vaccinated, could have encouraged his players to get vaccinated, but he chose to allow them to make their own decisions. The protocol at NC State allows all students to make their own decisions about vaccinations. It doesn’t matter to the student body in general, but for student-athletes competing against other student-athletes, it doesn’t make sense.

Just when we thought we had COVID-19 under control and sport was almost back to normal, the coronavirus rears its ugly head and causes more heartache and resentment. It’s sad for the players, but if the NCAA had made vaccination mandatory for all athletes, like mandatory drug testing, NC State could face Mississippi State for the national championship.

Randy Smith can be contacted at [email protected]