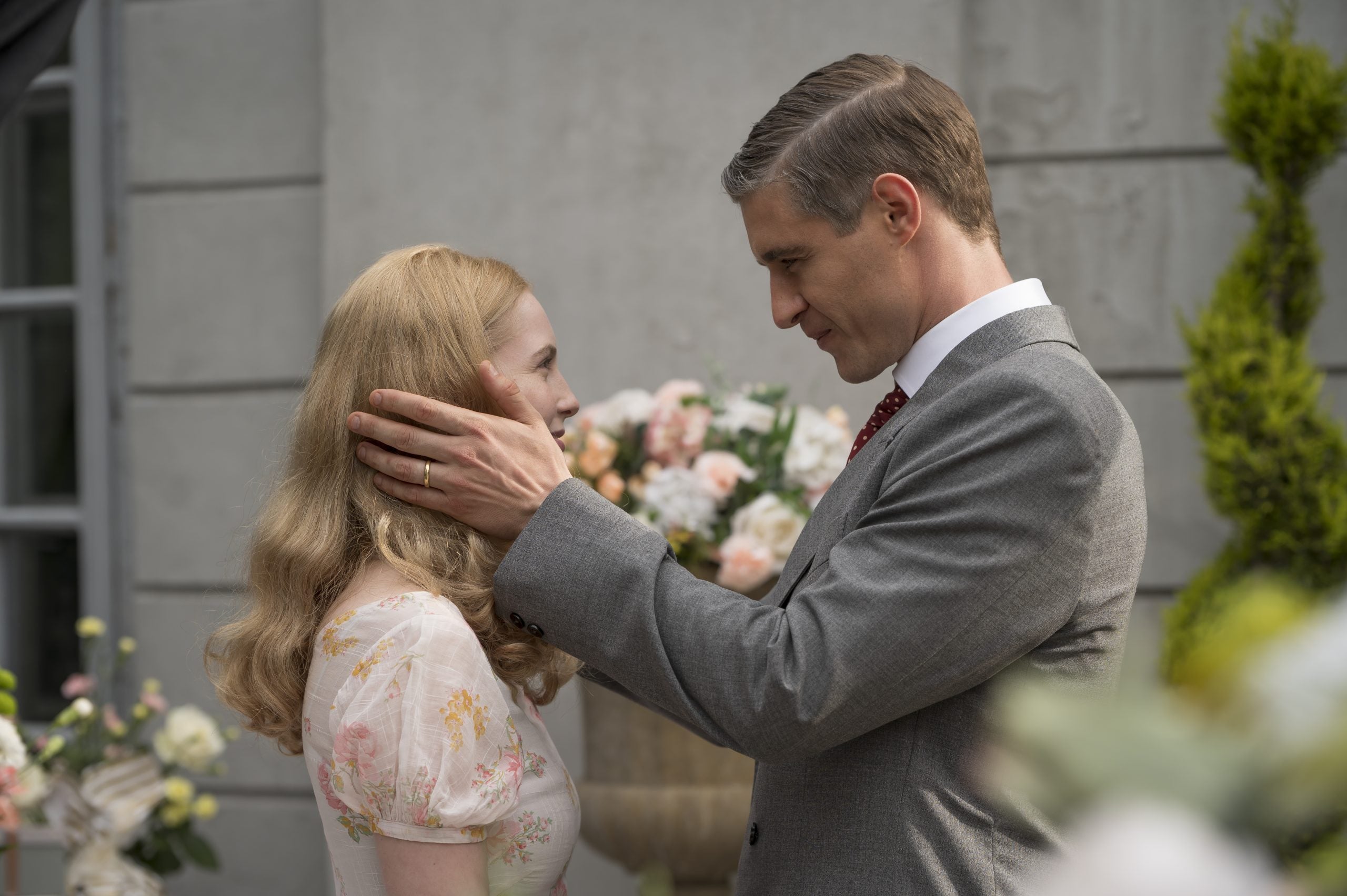 Are you ready for the next chapter in the sordid Foxworth family saga? The third installment of Lifetime’s limited series Flowers in the attic: the origin Airing Saturday, July 23. We’ve got the details on what to expect from the next episode and how to watch, plus a refresher on where we left things off at the end of Episode 2.

[Warning: The article contains spoilers for Flowers in the Attic: The Origin Episode 2.]

Olivia went to war with Malcolm in the previous episode of ‘Flowers in the Attic: The Origin’

RELATED: How ‘Flowers in the Attic: The Origin’ will deal with taboo subject VC Andrews

The first episode of Lifetime Flowers in the attic The prequel series ended with Olivia Foxworth (Jemima Rooper) getting the better of her cruel husband Malcolm Foxworth (Max Irons). Malcolm had murdered his father Garland (Kelsey Grammer) and raped Garland’s young widow Alicia (Alana Boden), who was now pregnant. Olivia took charge of the situation, hatching a plan to cover up Alicia’s pregnancy and pass the baby off as her own.

Unfortunately, Olivia’s triumph over her husband was short-lived. In episode 2 – titled “The Mother” – Alicia gives birth to a daughter. Malcolm and Olivia adopt her and name her Corinne. Corinne (played by Hannah Dodd) grows into a beautiful young woman. But Malcolm’s unhealthy obsession with her leads to more tragedy. The episode ended with the dramatic death of Malcolm and Olivia’s son Mal (Buck Brathwaite) in a car crash on his wedding day. The whole family is devastated by Mal’s death, but no one more than Olivia. Her husband blames her for what happened, even though it was his seduction of Mal’s future wife that led to the car accident. The episode ends with a tearful Olivia apologizing to her husband and promising to follow his orders in the future. Then, in the midst of a crisis, an unexpected visitor arrives. Alicia is back at Foxworth Hall.

Olivia discovers the truth about her children in the next episode of ‘Flowers in the Attic: The Origin’

Mal’s sudden death left Olivia in shock. And more trouble looms on the horizon. In episode 3, “The Murderer”, she discovers both Corinne and Joel in forbidden relationships. She opposes both unions, but the more she tries to keep control of the situation, the more destruction finds her, pushing her to her breaking point. At the end, there is blood on his hands as the fate of an old enemy waits to be revealed.

Flowers in the attic: the origin Episode 3 airs Saturday, July 23 at 8 p.m. ET on Lifetime.

Lifetime prequel series sets the stage for ‘Flowers in the Attic’

Flowers in the attic: the origin is based on the book by VC Andrews shadow garden (written by Andrew Niederman). It is a prequel to the notorious Flowers in the attic, in which the recently widowed Corinne returns home to Foxworth Hall with her four children: Cathy, Chris, Carrie and Cory. Olivia welcomes Corinne but locks the children in the attic. Corinne promises them that she will let them out as soon as she reconciles with her father, Malcolm, who disapproved of her marriage. But Cathy and her siblings eventually discover that they may never leave their prison if Corinne and Olivia have their way.

Flowers in the attic: the origin helps explain how Olivia became the kind of woman who would lock her own grandchildren in the attic and poison them with powdered donuts.

“I then read Flowers in the attic before we start shooting to try and get a feel for it,” Rooper explained during a Television Critics Association panel, as Showbiz Cheat Sheet previously reported. “And I love our project. I love that we find out a bit about why this woman got so extreme. And I think that’s kind of a brilliant, believable explanation of what makes a monster or someone behave monstrous. It’s not black and white and it’s really interesting. The piece is a total gift. So I have nothing but amazing things to say about Olivia Winfield.

For more from the world of entertainment and exclusive interviews, subscribe to Showbiz Cheat Sheet YouTube Channel.