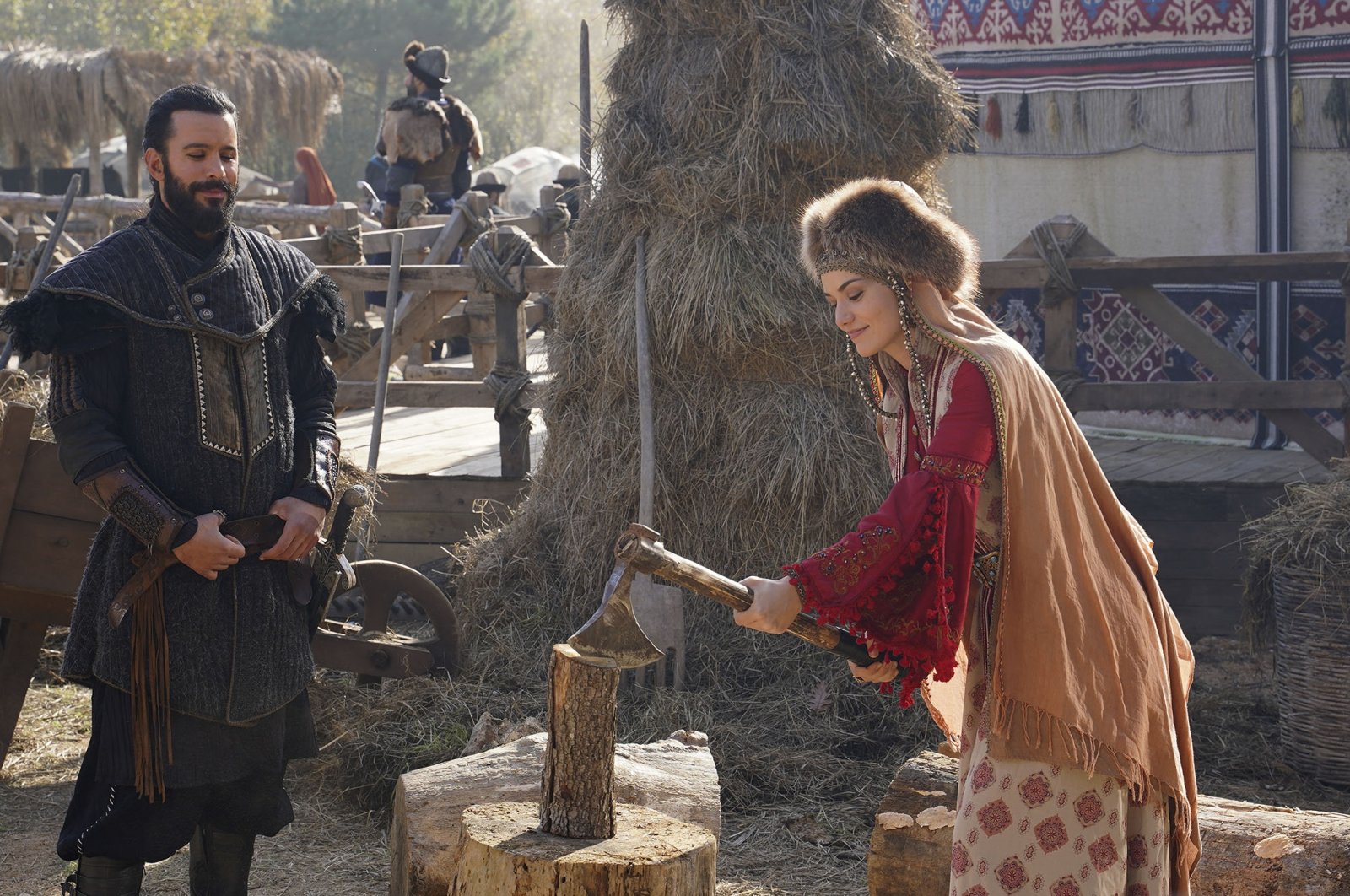 After the success of the first season of “Uyanış: Büyük Selçuklu” (“The Great Seljuks: Guardians of Justice”), which told the story of the rise of the Seljuk Empire during the Abbasid era and received ratings very high, Akli Film Production has again decided to continue the Turkish drama series for its fans. “Alparslan: Büyük Selçuklu” (“Alparslan: The Great Seljuks”) has now aired on Turkish TV channel TRT 1, Turkey’s first national TV network owned by state-run TRT TV. The series depicts political events and wars during Alp Arslan’s reign as Sultan of the Seljuk Empire.

“Alparslan: The Great Seljuks” premiered on November 8, 2021 as a prequel to “The Great Seljuks: Guardians of Justice”, which aired from September 2020 to May last year. “The Great Seljuks: Guardians of Justice” chronicled the rise of the empire under the leadership of Alp Arslan’s son, Malikshah, and Malikshah’s son, Ahmad Sanjar, who later inherited his father’s throne. A total of 8 episodes of the recent Alparslan series have aired as of the time of this review. Early episodes of “Alparslan: The Great Seljuks” focused on Alp Arslan’s efforts as a sultan trying to protect innocent Turks, including women and children, from cruel Byzantines, especially after the victory of the Seljuk army at the Battle of Pasinler (Battle of Kapetron or Kapetrou). This was Alp Arslan’s first step on his blessed path to open the gates of Anatolia to the Turks.

The narration of this period of the Seljuk Empire has highlighted figures such as Tuğrul Bey, the empire’s founder and first sultan, as well as Tuğrul’s brother, Çağrı Bey. Tuğrul and Çağrı were both sons of Mikail, who was the son of Seljuk Bey, the person who gave his name to the empire. Tuğrul and Çağrı were the two rulers who continued to dominate until Baghdad, which was successfully conquered after defeating the army of the Buyid dynasty in 1055. Tuğrul then received the support of the Abbasid Caliph Al-Qa’im in Baghdad upon his arrival and leadership as well as with much appreciation and title. Entering the city became a sign of the end of the Buyid rule and certainly of the beginning of the Seljuk Empire in the Abbasid period.

Apart from the two main characters mentioned above, the empire also had antagonistic characters which caused problems for the sultan. Tuğrul Bozan was a slave-soldier of Mahmud, the ruler of the Ghaznavid Empire, who rose through the ranks to become commander-in-chief of the army. However, he became known as the accursed, the inauspicious, the arrogant and the despicable, following his usurpation of the throne of Ghaznavid and the massacre of the royal princes of Ghaznavid. Likewise, al-Kunduri was a vizier of Tuğrul Bey and was initially recruited into the Seljuk bureaucracy as a secretary. Then he became a natural schemer and sought to exploit power and influence over the ruler. The empire also witnessed the displeasure of brothers such as Ibrahim Inal, who was a half-brother of Tuğrul and served as the commander of the Seljuk army in the Battle of Pasinler, but was ultimately executed as a result. of his revolt against his half-brother.

In addition to these characters, the account of the Seljuk Empire would have been incomplete without the involvement of Nizam al-Mulk who was the “de facto” leader of the empire. Nizam al-Mulk was an atabey of Alp Arslan, that is, a governor of a nation or province who was subordinate to a monarch and responsible for raising the crown prince. Therefore, Nizam al-Mulk played a very important role in shaping the personality of Alp Arslan, who eventually inherited the throne.

One of the most captivating scenes in this series was when Alp Arslan questioned Nizam al-Mulk about the personalities of the Ghaznavid sultans (Nizam al-Mulk had previously served the Ghaznavids). Nizam al-Mulk gave this exceptional answer to the question: “I don’t know the Ghaznavid sultans, but if you ask me what qualities a sultan should have, I can tell you. A sultan must be in a good mood. He must be brave, good on horseback and must be able to use all kinds of weapons with skill. He must know the arts. He should approach Muslims with kindness. He must keep his promise in any condition. He must be pious and like to pray. He must give importance to scholars. He must protect the poor and be the enemy of the oppressors. What I told you is what a sultan should be.

This scene caught my attention, as if I were reading the “Siyasat Nameh” (“Book of Government”), the most famous work on the politics and administration of Muslims by Nizam al-Mulk himself. The work, which is now known as “Mirrors for Princes”, was commissioned by Malikshah, the son of Alp Arslan who took the ruling throne after his father’s death in 1072, to act as a guide in power.

So far, this TV series has presented an abundance of intriguing scenes and even important storylines about the responsibilities of leaders who not only meet people’s physical needs, but also meet their spiritual needs. Tuğrul instructed his viziers and officials in one scene: “Remember, if lands conquered with swords are not improved with pens, they remain as mere lands, they do not become a homeland.”

“Alparslan: The Great Seljuks” is expected to deliver more remarkable scenes by recounting the life and triumphs of the second Sultan of the Seljuk Empire Alp Arslan, just like his uncle, Tuğrul, the fearless Sultan whose priority was to strengthen the empire for the people so that they can enjoy an independent life under the auspices of Islam. Such high character continued the legacy of the empire, expanding the victories of the 11th century.

This TV series is set to end with a big event which was an important moment that changed Turkey’s long history and marked the country’s victory. The Battle of Manzikert, which saw the success of Alp Arslan against the armies of the Byzantine Empire in 1071, was the critical moment for the Muslim advancement in the lands of Anatolia which finally paved the way for conquest of Constantinople 382 years later by the Ottoman sultan. Mehmed II, also known as Mehmed the Conqueror.

The next episodes are eagerly awaited by a large audience eager to follow each of the scenes of the series. We hope that this series, and others like it, will continue to thrive in depicting every historical event through the era of Muslim rulers, which will no doubt serve to unveil Turkey’s grand history.

Keep up to date with what is happening in Turkey, in its region and in the world.