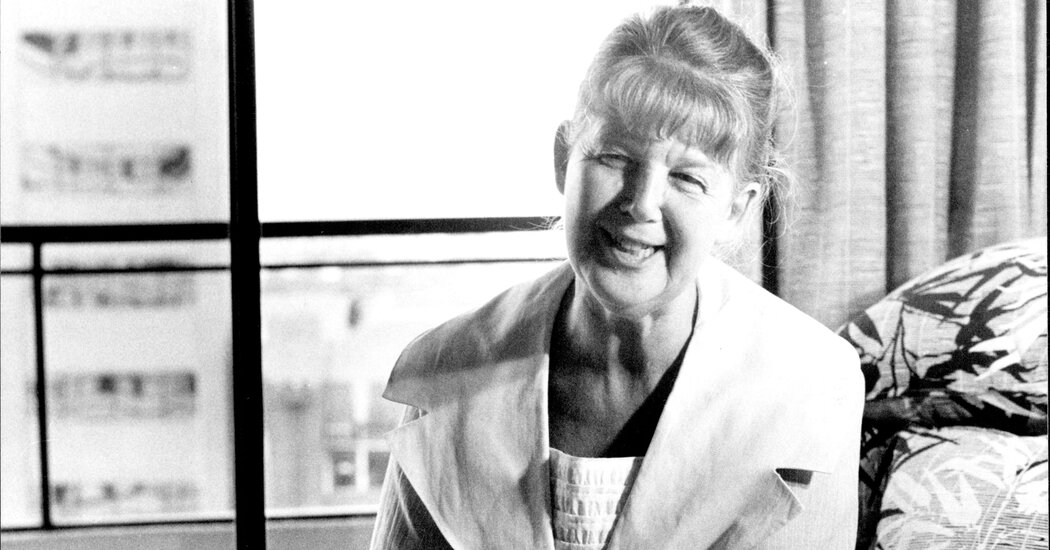 Shirley Hughes, a British author and illustrator whose picture books about everyday dramas and childhood escapades have entertained and reassured generations of young readers and their parents, died at her west London home on Friday. She was 94 years old.

Ms. Hughes, whose own childhood was circumscribed by the Second World War, has written and illustrated more than 70 books for children of all ages, including two novels for young adults.

She was perhaps best known for “Dog” (1977), in which a boy named Dave loses his beloved stuffed toy when he is distracted by a school fair and the prospect of an ice cream cone. Drama ensues, relayed by the direct and prosaic sentences of Mrs. Hughes. After some slight cliffhangers and an intervention from Dave’s older sister, Dave and Dogger are reunited.

Her most recent book, a seasonal sequel titled “Dogger at Christmas,” was released in the fall of 2020, when she was 92.

Ms Hughes has become a beloved figure in England, honored by Queen Elizabeth II and showered with awards. She welcomed investigators to her home in Notting Hill, where they filmed her wearing clothes she had made herself, her white hair falling out of her bun, as she sat in front of her drawing board . demonstrate with a sure hand how she made her books, of which over 12 million have been sold worldwide.

She spent hours on neighborhood playgrounds, watching the way children moved, stood, ran and played. She was especially fascinated by how the physicality of children conveyed emotions – triumph and shyness, fear and sadness, determination and jubilation, intentionally or not. She would return to her drawing board to sketch her motion studies with quick, impressionistic strokes, to be colored later in gouache.

The stories she illustrated and imagined for her young protagonists – locking herself in the house with all the adults on the other side of the door, reveling in a best pal with a penchant for trouble – portray the grown-ups dramas of a child’s world from the point of view of those who inhabit it.

Ms Hughes has often worried about the growing pressures on children. “They always have something to do,” Ms Hughes said in a 2017 interview with the London Telegraph. their pace.

They shouldn’t be pressured to read, she said. “It’s not a competition, although you might think that’s the way some parents do it.”

She was a firm believer in allowing children to be bored because, she said, boredom is fertile ground for imagination and creativity. And she was appalled that books for older readers weren’t illustrated.

“I can’t stand to hear adults telling children they can’t have picture books anymore because they can read! she wrote for her page on publisher’s website. “Why suppress such great narrative pleasure?” She included illustrations in all of her books, including the novels.

Shirley Hughes was born on July 16, 1927 in West Kirby, a small English town on the Wirral Peninsula near Liverpool. She was the youngest of three daughters of Thomas J. and Kathleen (Dowling) Hughes, who met in a public library after returning from service in the Royal Flying Corps in the First World War.

His father was the founder of TJ Hughes, an inexpensive department store in Liverpool. Shirley was 5 years old when her father, after suffering acute depression and business setbacks, died, would have by suicide.

Shirley, her sisters and her mother remained on the Wirral during World War II. During years of rationing, blackouts, bombings and crushing boredom, Shirley and her sisters had fun dressing up and putting on theatrical productions, which led Shirley to study design costume design at the Liverpool Art School, then continued drawing at Ruskin. Oxford School of Art.

Although she gave up acting at an early age, Ms Hughes considered her picture books to be performing art. In “Alfie Gets Home First”, for example, she splits the scene, showing the adults on one page, outside a locked door, and Alfie on the other.

Mrs. Hughes counted the illustrators Arthur Rackham and EH Shepard among his influences, but also the films of Buster Keaton and the American comic strips that reached Britain during the war, in which movement and emotion were so graphically displayed.

In an article about Ms Hughes in The Guardian in 2009, author Philip Pullman claimed she was able to convey those emotions. “Dogger and Alfie are about the smallest of incidents – down to the stress of putting on your shoes – but these things can be a source of real anxiety for a child,” he wrote. “And I think that’s where she’s actually better than Shepard. In her heyday working for Punch, there are a lot of drawings of exquisite quality” that are painfully sentimental.

“You just don’t get that at Shirley,” Mr. Pullman added. “It’s much clearer and crisper, and therefore offers a genuinely warmer version of childhood.”

For Ms Hughes, the Nazi bombing of English towns and villages in 1940 and 1941 remained visceral memories. Her first young adult novel, “Hero on a Bicycle,” about a family living just outside Florence, Italy, during World War I was published in 2012 (2013 in the US), and she drew on her own experience in ‘Whistling in the Dark’ (2015), about the wartime experiences of a teenage girl, her family and friends in Liverpool.

In both books, the fathers are absent: in the first, he went to fight in the Resistance; in the second, he is a war casualty at sea. The Blitz also features in “Ruby in the Ruins” (2018); in this book, the father returns from the war, but so changed that he feels to Ruby like a stranger in the house.

In 2017, Ms Hughes was appointed a Commander of the Order of the British Empire for her contributions to literature. Her many accolades include two Kate Greenaway Medals, a prestigious British award for children’s book illustration – in 1977 for ‘Dogger’ and in 2003 for ‘Ella’s Big Chance’.

Mrs Hughes and her architect husband, John Vulliamy, raised three children in their Notting Hill home (television was strictly rationed), where they moved in 1954. She was working as a freelance illustrator when her first book, ‘Lucy and Tom’s Day was published in 1960.

Mr Vulliamy deceased in 2007. Mrs. Hughes is survived by their daughter, Clara Vulliamy, children’s author and illustrator; two sons, Ed, a journalist, and Tom, a professor of molecular biology; and a number of grandchildren.

Ms Hughes said she spent “quite a lot of time” in her later years answering children’s letters. “The spellings can be a little dodgy at times, but they almost always include a drawing,” she said. told the Guardian.

“How do you get good at drawing? or “How can I keep my story from getting boring in the middle?” they asked, and once, “How can I make it beautiful?”

“I’m still trying to find the answer to that question,” Ms Hughes said.