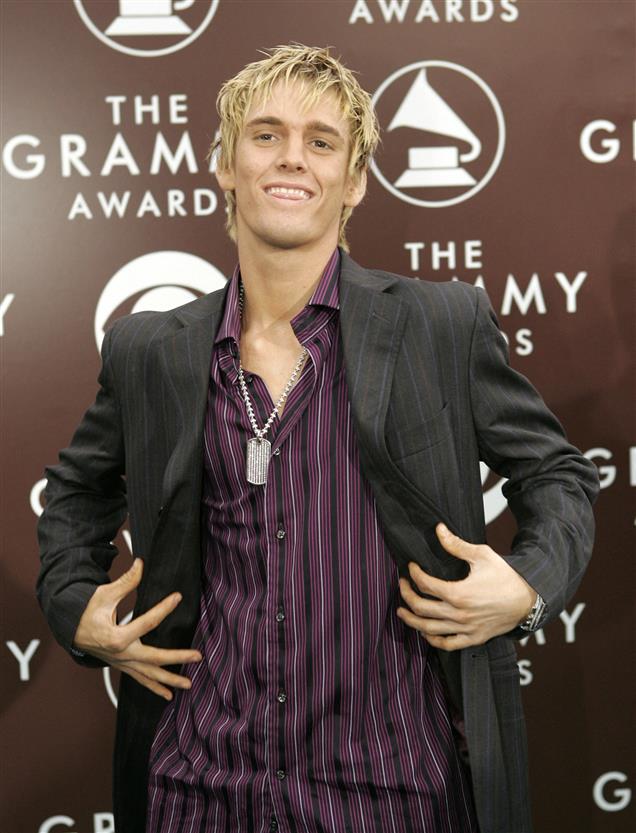 Aaron Carter, the singer-rapper who started performing as a child and released albums from his teenage years, was found dead Saturday at his home in Southern California. He was 34 years old. Representatives of the Carter family confirmed the death of the singer. Carter, the younger brother of Nick Carter of the Backstreet Boys, performed as the opening act for Britney Spears as well as her brother’s boy band, and appeared on the family reality series House of Carters.

Meanwhile, Carter’s fiancée, Melanie Martin, has asked for privacy. “We are still coming to terms with this sad reality. Your thoughts and prayers are greatly appreciated,” Martin said in a statement.

Carter opened for the Backstreet Boys Tour in 1997; the same year, her gold-selling debut album was released. He achieved triple platinum status with his second album, Aaron’s Party (Come Get It) from the 2000s, which produced hits including the title track and I Want Candy. His videos have been shown regularly on Disney and Nickelodeon. The singer has earned acting credits through his appearance on TV shows including Lizzie McGuire. He starred alongside his brother, Nick, and their BJ siblings, Leslie and Angel Carter, on the E! unscripted series House of Carters in 2006. In 2009, he appeared on the ABC competition show Dancing With The Stars, finishing in fifth place with partner Karina Smirnoff. He was also featured on the Food Network’s cooking show Rachel vs Guy: Celebrity Cook-Off in 2012. In 2017, Carter opened up about his drug addiction on an episode of The Doctors. He was in rehab the same year after being arrested on suspicion of driving under the influence of drugs. He has been treated a few times in an effort to regain custody of his son Prince.

Comedian David Davis is no more

Comedy writer David Davis, who co-created the indelible ensemble comedies The Bob Newhart Show and Taxi, died at 86 on Nov. 4 in Los Angeles. His death was confirmed Saturday by his daughter, Samantha Davis-Friedman. In addition to helping create two Hall of Fame sitcoms, Davis has written for The Mary Tyler Moore Show and Rhoda. After retiring from writing in 1979, Davis served as a consultant on a number of television and film productions, including the ABC television series Phenom; acclaimed films like 1987’s Broadcast News and 1983’s Oscar-winning Terms of Endearment. Davis, who was born in Brooklyn in 1936, began his television career as a script supervisor on comedies like The Many Loves of Dobie Gillis and the pilot of Gilligan’s Island in the early 1960s.