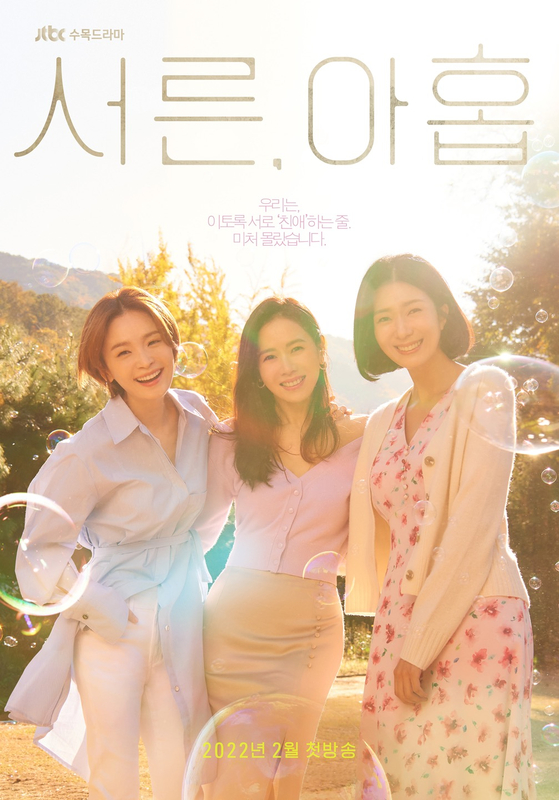 The new romantic comedy series “Thirty-Nine” starring actor Son Ye-Jin is off to a strong start after its premiere last week.

The drama recorded a local viewership rating of 5.1% after two episodes on February 16 and 17, according to Nielsen Korea. This number is already 0.4 percentage points higher than what JTBC’s previous drama “Artificial City” recorded during the same period.

Son’s latest series, “Crash Landing On You”, earned the highest ratings ever from the series’ broadcaster, tvN, with 21.7%.

During the series’ press conference on February 16, Son said that she decided to star in “Thirty-Nine” because of her ability to identify with her character after reading the script.

“I thought the writer of the drama series had installed a security camera in my house! That’s how much I was able to empathize with my character,” Son told reporters.

“Thirty-Nine” chronicles the friendship of three single women about to turn 40. Son plays a clinic’s head dermatologist who is smart and professional at work but still a little wet behind the ears when it comes to romantic relationships.

And like her character, Son herself turned 40 this year.

“When I started [as an actor] during my 20s, I didn’t imagine myself being 30 or 40,” Son said. “But over time, age matters less. And just because a person turns 40 doesn’t mean they mature or suddenly become an adult. So I would like people not to worry not their age and just enjoying life.

The press conference was also the actor’s first public appearance since announcing his engagement to actor Hyun Bin on February 10.

“So many major events happened at the beginning of this year […] I received a lot of congratulations, so I want to sincerely thank everyone for that,” she said.

Son and Hyun Bin revealed in January last year that they were dating. The couple starred as lovers on tvN’s hit TV series “Crash Landing on You” (2019-20) and will tie the knot in a private wedding in March.

To promote his new drama, Son also appeared on tvN’s entertainment show “You Quiz on the Block” on Wednesday. Having acted for about 20 years without a break, Son revealed his honest thoughts about his profession on the show.

“One thing that’s not so great about this job is that no one can help the actor standing in front of the camera,” Son told show host Yu Jae-seok, ” and it can be very lonely.”

The entertainment show can be streamed online on Tving.

Consisting of 12 episodes, “Thirty-Nine” airs every Wednesday and Thursday at 10:30 p.m. Episodes are also available on Netflix and TVing.

Son made his debut in a 1990s cosmetics commercial when he was 19 years old. She then made her acting debut as the female lead in the MBC drama series “Delicious Propose” in 2001. Emerging as “the icon of first love”, Son quickly rose to fame with the films of love “Lover’s Concerto” (2002) and “The Classic” (2003). Subsequently, she was recognized for more diverse leading roles, such as in the historical drama film “The Last Princess” (2016) and the thriller “The Negotiation” (2018). On television, she remained the queen of melodramas and romantic comedies, starring in JTBC’s hit series “Something in the Rain” (2018) and “Crash Landing on You” (2019).

This information was confirmed by MSteam Entertainment on February 17, 2022.

Actor Son Ye-Jin, right, during a scene from “The Negotiation” (2018) [ILGAN SPORTS]