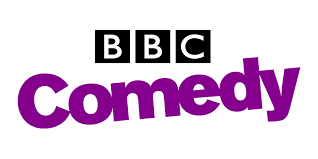 Submissions have been invited from today by the BBC for Short Form Comedies. Here is what they say:

Short-form is a place for new and established talent – writers, performers, producers, directors and businesses – to experience, develop and showcase exciting new worlds and memorable comedy characters. This is where you can take your first steps into development with BBC Comedy and work with us on characters and ideas that have the potential to become long forms.

We’re excited about ideas and characters that make audiences feel seen, and worlds that are so compelling they suck us in and let audiences champion them. We want ideas that are not intended to channel expectations, but center on originality and experimentation.

We have two streams open to UK based production companies:

Non-TX, low-cost development – aimed at writers/performers to try things away from public pressures and broadcast expectations.

Please note that both opportunities are only open to UK based production companies.

Submissions for both opportunities are now open. Find out more below and watch a short film of head of development Navi Lamba and editor Emma Lawson discussing short-lived opportunities at the BBC Comedy Festival in Newcastle.

We’re joining forces with BBC Comedy teams in Scotland, Northern Ireland and Wales in this new initiative, to find and support the best comedy talent across the UK. We will also hold regular BBC Comedy Short Film nights across the UK where we will encourage those interested in working in shorts to view and pitch work and meet potential new collaborators. Watch this space for more information.

Character development will be offered as a first point of call for 1) new on-screen talent, perhaps developing a character from stage or social platforms or 2) for more established talent who wants to work with us to try something new. This is a space for writers/performers to flex their muscles, and should be considered a low-risk way to develop comedy characters to see what works and what doesn’t!

This should be the start of your development journey with us. So we’re not looking here for fully fleshed out stories with a beginning, middle, or end. We’re not looking for high production values ​​at all, you can shoot this on an iPhone and edit it on your laptop, in fact that’s strongly encouraged!

We are looking for your tape to show who your character is – what interests him? What are their motivations? Show us a glimpse into their world – a singular portrait to showcase your comedy character and highlight what sets them apart. And above all show us what makes them funny.

Think: This Country Digital Shorts, People Just Do Nothing Shorts

What to include in your pitch

Email pitch content to [email protected] and please include “Character Development” in the subject line.

Please note that this opportunity is only open to UK based production companies.

The shorts are designed to give writers, producers and directors the opportunity to bring their comedy ideas to life and be featured on BBC platforms.

Are you a theatrical or music video director looking to move into narrative comedy? A comedy writer who has not yet had a commissioned work? A new producer or production company looking to increase their broadcast credits and comedy roster? Or are you a more established creative looking to try a new collaboration?

We are looking for self-contained ideas that have a beginning, a middle and an end. They should not be treated as pilots or skits, but as stand-alone, brilliantly funny and original short films with the premium feel of the films that inspired us on the festival circuit or Vimeo staff picks. This new installment will showcase the UK’s best and most exciting acting talent.

What to include in your pitch

Email pitch content to [email protected] and please include “Short Film” in the subject line.

Please note that this opportunity is only open to UK based production companies.