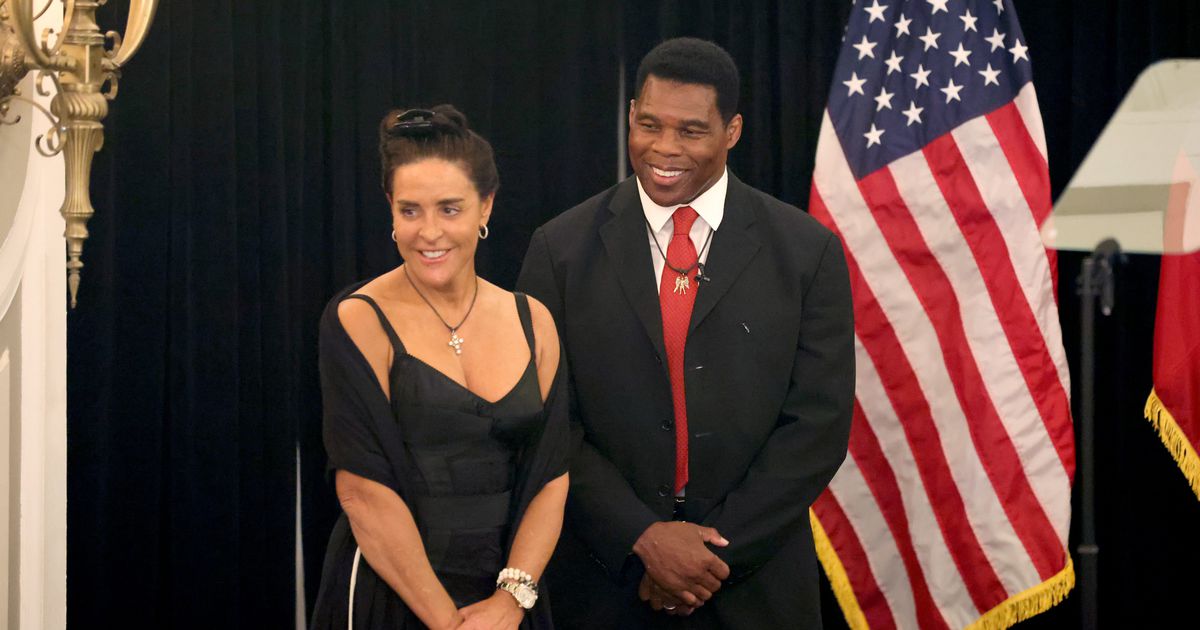 “The first time I heard about all this was when a reporter asked me about an abortion. And I was like, ‘No, that’s a lie.’ And then I was asked if I paid for an abortion, and I said, ‘No.’ I didn’t pay for an abortion,” Herschel Walker told NBC. “I’m not saying that she either had it or didn’t have it [an abortion]. I say I don’t know. I do not know.”

The Republican Senate hopeful spoke with NBC on the same day The New York Times published an interview with the woman, corroborating her account of the abortion story. In The Times, the woman said Walker also urged her to have an abortion when she became pregnant a second time.

Instead, she had the baby. Walker and the woman ended their relationship after refusing to terminate the pregnancy and she told The Times the former football star had had little interaction with the boy, now 10, since he was born .

The woman provided The Times and The Daily Beast with a copy of a $575 receipt from an Atlanta abortion clinic, a check for $700 which she said was a refund check from Walker, and a copy of a “healing” card she said he had sent her. It was signed “H” with the message: “Pray for you to feel better.

Walker’s explanation did not address these elements.

The text exchange provided to NBC dated back to May 2022 and showed the woman had previously expressed support for Walker’s candidacy.

“He’ll do great and you’ll keep him focused! Proud of you guys!” she wrote to Julie Walker on May 24, the day of Georgia’s primary election. “I wish nothing but the best for you tonight!!!”

The escalating scandal has upended the hotly contested U.S. Senate race in Georgia, where polls have shown Walker neck and neck with his Democratic challenger, Raphael Warnock.

The stream of startling revelations prompted Walker’s 23-year-old son Christian to lash out at his father online, castigating his lack of family values, lies and history of abuse.

Republicans rallied behind Walker, although in Georgia support from some leaders was lukewarm. Gov. Brian Kemp, a candidate for re-election, avoided defending Walker. Lieutenant Governor Geoff Duncan was one of the few GOP officials to criticize him.

“I’m not voting for Senator Warnock, and like many other Georgians, Herschel Walker hasn’t earned my vote yet,” Duncan told the AJC. “He has four weeks left to change our minds.”

During the election campaign, Warnock avoided speaking about the ongoing saga, although he insisted on his support for abortion rights. At a Friday rally in Macon, Warnock did not mention Walker by name in his speech.

Pressed later by reporters, he called the allegations “disturbing”.

“We have seen disturbing things. We have seen a worrying trend, and it raises real questions about who is actually prepared to represent the Georgian people,” he said.

“He always takes positions designed to undermine individual freedoms. And you can’t say you believe Herschel Walker is entitled to his personal choices, but no one else in Georgia is,” Abrams said.

“I think anytime the hypocrisy is exposed in Republicans, it’s extremely important,” she added.

Walker said he opposes abortion even in cases of rape and incest or when the mother’s life is at stake.