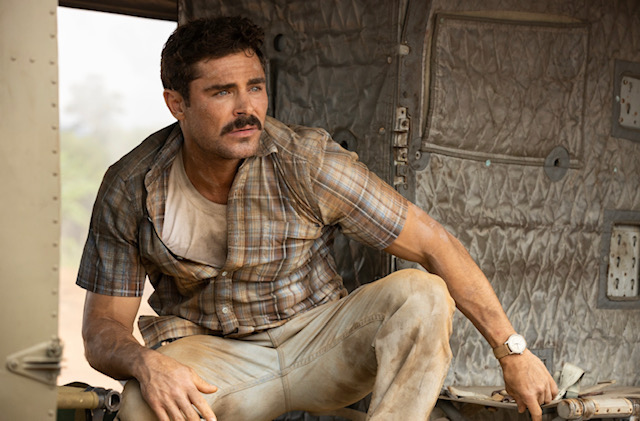 The greatest beer race of all time

Four years after Peter Farrelly’s ‘Green Book’ smashed its way to Best Picture victory, it returns with another semi-serious outing in “The greatest beer race of all time.” For those who weren’t impressed with Farrelly’s migration to more serious subject matter, “The Greatest Beer Run Ever” is just a collection of similar issues in another well-meaning but hugely uneven miscalculation of a movie.

Farrelly made a name for himself as part of the Farrelly Brothers directing duo, along with his brother Bobby, making raunchy comedies like ‘Dumb and Dumber’ and ‘There’s Something About Mary’. When “Green Book” was announced, it was a surprise to see him work in a more serious tone (although the film had its share of forced uncomfortable humor) and without his brother. He returns alone to the director’s chair with his latest outing.

Zac Efron stars as Chickie Donohue, who lives with her family in 1968 New York and is constantly pestered by her father to make something of himself. He spends all night drinking on his friends’ tabs and sleeps half the day, while most of his peers are fighting the war in Vietnam. One evening, Chickie proclaims that he is going to bring all his friends a beer from New York to Vietnam. And he leaves.

The problem with Farrelly embarking on a career as a filmmaker that comes with Oscar recognition is that he doesn’t seem to know how to navigate a film’s tone. “The Greatest Beer Run Ever” tackles the Vietnam War, but its screenplay (which he co-wrote with Brian Hayes Currie and Pete Jones) features several different films: a goofy comedy, an out-of-this-world fish prank water and an attempt at serious drama. His uneven hand as a director makes it a disorienting experience from scene to scene.

Much like “Green Book,” which touched on race relations, “The Greatest Beer Run Ever” does much of its storytelling by talking about serious matters. Chickie and her sister Christine (Ruby Ashbourne Serkis) are on opposite ends of the spectrum when it comes to the Vietnam War: Chickie is a strong supporter of it, while her sister attends anti-war peace rallies. As the film progresses, they find themselves at odds over their respective positions, spitting out speeches that can only be found in a script.

In a heart-blessing performance, Efron dons a mustache and an exaggerated New York accent (another issue that has plagued “Green Book”) and tries to find some purpose in Chickie. Farrelly’s scripts present the characters at surface level, and Efron lacks the dramatic scope to try to create a character from an archetype. Hollywood never knew what to do with Efron, and “The Greatest Beer Run Ever” is no different. Rounding out the cast are Bill Murray, in a thankless role as a bartender, and Russell Crowe as a reporter, who plays a larger role in the final act, when the film takes on a much more serious tone.

A final appeal to Farrelly: there’s nothing wrong with sticking to comedies. Some of them have been quite funny, while others have not worked, but he knows the genre. Trying to bring those sensibilities to films about race or war has only shown that Farrelly doesn’t have the depth as a writer or director to handle them. “The Greatest Beer Run Ever” proves it once again.