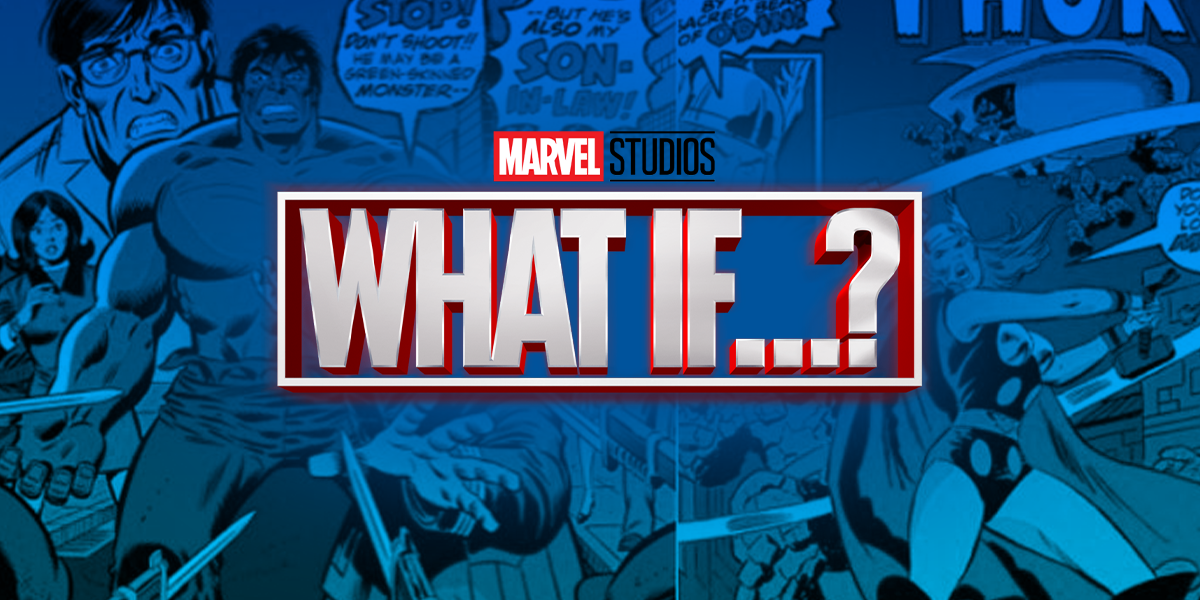 What if…? has been a real hit for Disney +, capturing the imagination possible in the MCU. Of course, with Marvel zombies getting an adaptation to a streaming platform, it opens up a lot of possibilities for other stories and their imaginable adaptations. The simplest source for the future What if…? is the comic book line that gave the series its name.

RELATED: What if …? Each episode, ranked

Of course, the TV series doesn’t just shoot What if…? comics; the above Marvel zombies was never part of the series. Many Alternate Earths have appeared in series such as Exiles, Spider worms, and Excalibur. Perhaps for a second season, the series should take inspiration from such comics.

ten What if the original Marvel Bullpen became the Fantastic Four?

This issue of Jack Kirby is just absurd enough not to be considered an adaptation. Coming as the eleventh issue of the first series, it was a departure, firmly anchored in ironic ways. Four members of the original Marvel reliever pen were chosen to play as the Fantastic Four, with the strongest personalities being Stan Lee and Jack Kirby.

This quartet has once again shown itself in Paradise X: Heralds # 3. Of all the various realities that could have been represented, this was the one chosen. If used for the second season, it could also be a tribute to the architects of the Marvel Universe.

9 What if Captain America fought in the Civil War?

In 2005, What if… has become a series of specials rather than a long series of stories. One of those specials centered around Captain America, by Tony Bedard and Carmine Di Giandomenico. He had Steve Rogers as a Union soldier who is transformed by Native American magic into Captain America.

RELATED: Marvel: 10 Characters Who Need Their Own ‘Life Story’ Series

Some elements might need to change a bit, but the fight against the White Skull is a good story of Cap fighting for the rights of all. It’s also good to see Captain America fighting fanatics in America. He always seems to be at his best when challenging the direction the country is going.

8 What if Shang-Chi had remained faithful (to his father)?

The MCU changed Shang-Chi’s father in part because of the murky waters that are the legal property of a character from over a hundred years ago. It worked for the benefit of cleaning up Mandarin in the MCU. It also allowed Shang-Chi’s origin to remain where he opposes his father.

In What if … # 16, Doug Moench and Rick Hoberg presented a tale where Shang-Chi worked alongside his father. In the MCU, the moment a teenage Shang-Chi runs away wouldn’t see the boy feeling guilty and coming back to serve the Ten Rings more. Of course, just like in the comics, the story could end with Shang-Chi going against his father again.

Of What if … # 9, that might not have seemed plausible for the MCU, except for the introduction of Isiah Bradley in Falcon and the Winter Soldier. Isiah was established as a super-soldier during the Korean War and was able to see the introduction of new heroes into MCU history, brought together by Peggy Carter to form the Avengers decades before Nick Fury had one. the idea.

Among the other members could be a newly arrived Mar-Vell, beginning her stay on Earth. The Man-Robot could be a creation of Howard Stark. Venus and maybe 3-D Man could also see their introductions in the MCU timeline.

6 What if Captain America hadn’t disappeared during WWII?

Of What if … # 5, this tale envisions an unsuspended Captain America in hibernation. This can take the form of Bucky not falling off the train, giving Cap another ally against the Red Skull. Considering that Bucky’s survival is central to the story of the original comic book, that would be an interesting path to take.

Don Glut, Roy Thomas, and George Tuska tell a twisty tale of Captain America’s legacy and the founding of SHIELD. In the MCU, Peggy Carter could be the one Cap refers to as the new director of SHIELD. It also puts the MCU course on a different path. Without Captain America, the invasion of New York and Thanos’ gathering of the Infinity Gauntlet could happen very differently.

5 What if Captain America becomes president?

The premise of What if … # 26 has already been used as an Easter egg in the first season. The Observer’s battle with Ultron takes place for a moment on an Earth where Steve Rogers is inaugurated as president. Of course, it’s a nod to the classic Mike W. Barr and Herb Trimpe story.

In the comic, Cap succeeds but defeats himself with his hands-on approach. He is duped and captured by the Red Skull. Of course, the villain would change into an alternate reality. However, it’s interesting to think of President Steve Rogers’ reaction to Thanos arriving on Earth in search of the Infinity Stones.

4 What if Thanos joins the Avengers?

Of What if infinity – Thanos, the idea of ​​Thanos joining the Avengers to face an existential threat is explored. At the climax of the story, Captain America dies in battle, but Thanos picks up the shield and takes his place in the Avengers. He also takes his place among the heroes of the Illuminati as they prepare to defend against incursions from the Alternate Earths.

One element the Disney + series can turn into a disproportionate threat for the second season is forays. Rather than a villain who can be defeated, he’s a threat that must be stopped without destroying countless beings. It can also build on the multiversal concepts that are starting to dominate Phase Four of the MCU.

3 What if the Hulk goes berserk?

In What if … # 45, a new origin for the Hulk ended with the juggernaut in a rampage of death and destruction. It contains many elements that could be a great addition to the varying tone of the What if… series. It also has a direct link with the events of Avengers: Age of Ultron.

RELATED: 10 What If The Stories Were Too Dark For The MCU

Peter Gillis and Ron Wilson describe the Hulk going on a rampage after a telepathic link with Rick Jones is used by the military in a way that kills Rick. In the MCU, the Hulk got out of whack after Wanda Maximoff’s machinations in Johannesburg. For now, fans can only imagine what might have happened if Iron Man hadn’t stopped the Hulk.

What if … # 105 is the comic that launched a line of next-gen heroes. The MC2 universe featured legacy heroes, but the best known and most enduring was Mayday Parker, aka Spider-Girl. This story could serve as a light break.

It also allows the MCU to display older versions of two characters without CGI aging. It also introduces the concept of time that flows differently in other universes. Above all, it gives a character that reintroduces the fun of being a superhero.

1 1602 is the Marvel universe in Elizabethan England

Apart from What if…, the most exciting alternative reality is the world of 1602, created by Neil Gaiman and Andy Kubert. Almost all of the major Marvel characters of the Silver Age are given a 17th-century analogue. Adapting the World in the MCU Multiverse may rectify the mistake Marvel Television made by not adapting the series in 2018.

Of course, without the Fantastic Four and the X-Men not yet included in the MCU, a new villain has to be used. The solution lies in the original series as the new King of England targets those he deems different and a threat to his reign. It’s a conflict that is often overlooked by a casual reading of the series.


Next
10 anime sequels to live up to the hype

Jerry Stanford is a longtime comic book fan with a BFA in Sequence Art. He brings a knowledge base on the history, technique and aesthetics of comics to his articles. After self-publishing for a while, he started sharing his love for comics on the internet before joining CBR. He is mostly a fan of the Legion of Superheroes but admires any quality comic book.