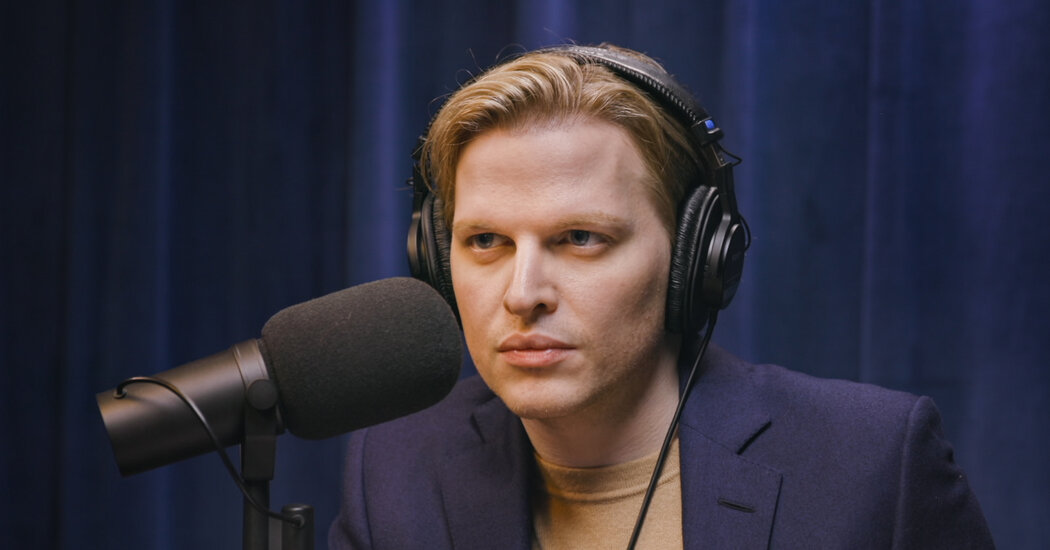 Between network, cable and streaming, the modern television landscape is vast. Here are some of the shows, specials and movies that will air on TV this week, July 12-18. Details and times are subject to change.

CATCH AND KILL: PODCAST BANDS 9 p.m. on HBO. This documentary features interviews with whistleblowers, journalists and private investigators from Ronan Farrow’s 2019 book “Catch and Kill: Lies, Spies and a Conspiracy to Protect Predator,” which explored decades of sexual assault allegations against film producer Harvey Weinstein. The documentary, produced by Farrow, features previously unseen interviews he conducted throughout the writing process for his book. Monday’s premiere features two consecutive episodes of the six-part docuseries.

KING KONG (1933) 9:15 p.m. on TCM. If you’re looking for a classic this week, you can’t beat “King Kong”, starring Fay Wray, Robert Armstrong and Bruce Cabot. Told in many remakes since, this story centers around a film crew who discovers a huge monkey while filming on a tropical island. They capture him and bring him back to New York City for public display, which is when things quickly go wrong. â€œNeedless to say, this photo was received with a lot of laughs to cover up the fear,â€ Mordaunt Hall wrote in his 1933 review for The New York Times.

MLB 2021 STAR GAME 7 p.m. on FOX. MLB hosts its 91st annual All-Star Game, pitting the American League against the National League. Keep an eye out for their jerseys, which received mixed reviews online after MLB opted to put all players in white uniforms instead of team colors.

LOVE IN THE AFTERNOON (1957) 8 p.m. on TCM. If you are in the mood for love on Tuesday night, this is a perfect choice. The film, directed by Billy Wilder and starring Audrey Hepburn, Gary Cooper and Maurice Chevalier, tells the story of a playboy, the detective who traps him and the detective’s daughter. It’s “a lot of lovely details,” Bosley Crowther wrote in his 1957 review for The Times. These details help Wilder and screenwriter IAL Diamond “continue their immoral story for a few minutes out of two hours,” he added.

THE SECRET OF RANCH SKINWALKER 9 p.m. on History. In this documentary series, astrophysicist Dr. Travis Taylor leads a team of scientific researchers to explore Utah’s infamous Skinwalker Ranch, believed to be a hotspot for UFO activity. As details on the UFOs (and the U.S. government’s explanation for them) continue to be lacking, these researchers are using the technology to investigate the possibility of otherworldly factors at the ranch, owned by Brandon Fugal.

GOOD FAILURE 10 p.m. on Freeform. A spin-off of the family drama “The Fosters”, this series follows Callie Foster (Maia Mitchell) and Mariana Foster (Cierra Ramirez) as they navigate their way into adulthood in Los Angeles. Unlike other prime-time shows, including â€œGrey’s Anatomyâ€ and â€œThis Is Us,â€ the ongoing COVID-19 pandemic is not a point of intrigue.

DARK ’90s CTÃ‰ 10 p.m. on Vice. This original Vice show is a spin-off of “Dark Side of the Ring”, which focused on the world of professional wrestling. This spin-off features deep dives into the pop culture moments, trends and personalities of the decade, from baby beanies to â€œBaywatchâ€. All 10 episodes are hosted by Sugar Ray singer Mark McGrath.

ICNE: MUSIC THROUGH THE LENS 9 p.m. on PBS (check local listings). This six-part series documents the lives of people who photographed some of music’s most famous moments. Interviews reveal what was happening on both sides of the lens. This Friday’s episode examines photos of Snoop Dogg, Bob Dylan and Madonna, and how those images impacted their perception of audiences.

BETTY 11 p.m. on HBO. The season finale of “Betty,” a scripted show about the lives of young women navigating the male-dominated culture of skateboarding, airs Friday. The show stars actors Dede Lovelace, Moonbear, Nina Moran, Ajani Russell and Rachelle Vinberg, all of whom have previously starred in the movie â€œSkate Kitchenâ€ together. The series, shot in New York City, has used this season to show supportive female friendships, as well as to touch on topics including the pandemic and gentrification.

SAY YES TO THE DRESS 8 p.m. on TLC. The show, which debuted in 2007 and is celebrating its 20th season, features brides choosing their perfect dresses at famed Kleinfeld Bridal boutique in New York City. This season is a little different as it was filmed during the pandemic: Randy Fenoli, the creator and star, and the brides join the show virtually and in person.

A CASE TO REMEMBER (1957) 3:45 p.m. on TCM. This romantic classic, directed by Leo McCarey, stars Cary Grant and Deborah Kerr. As imitated by many films and TV shows that followed, the story centers on two people who meet on a trip back from Europe and fall in love despite being both with others. people. They decide to meet atop the Empire Building in six months if they’re both single, but does that happen? If you don’t know the ending yet, tune in on Sunday to see.