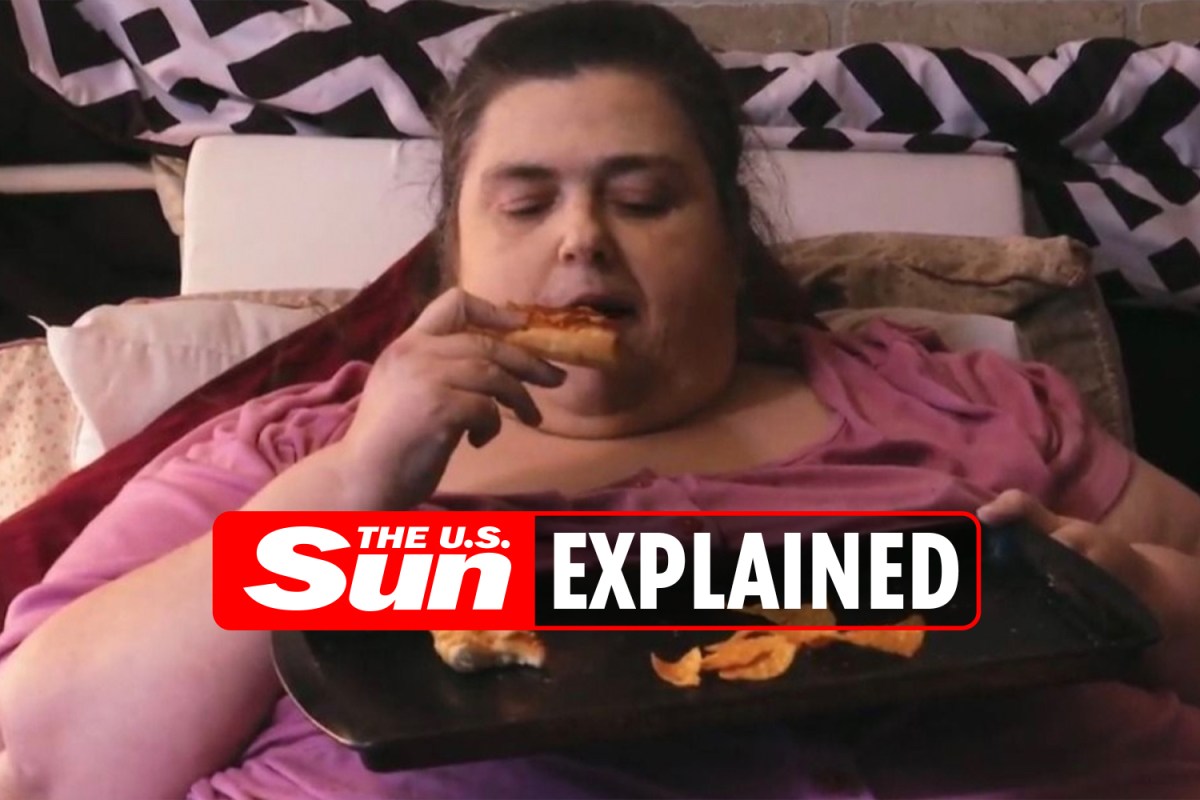 Premiering in 2012, My 600-lb Life is a reality TV series that follows individuals as they attempt to drop their weight to a healthier place.

Here’s everything we know about Lisa Ebberson, a woman who first appeared on the show at 637 pounds.

Not much is known about her current whereabouts other than that she lives in Fairbury, Nebraska.

Throughout Lisa’s initial weight loss journey, she seemed to resist the program.

She and her partner Randy seemed to have a complicated relationship, and while he seemed to care about Lisa, she believed him to be an enabler – someone who continued to cook for her, regardless of its nutritional content.

After arguing with her therapist, dietician and Dr Now, Lisa cut contact with the weight loss specialist.

Although technically still part of Dr. Now’s program, Lisa hasn’t spoken to him for months.

She and Randy were later diagnosed with Covid-19; Randy died of the disease.

Lisa then reconnected with Dr. Now and even lost over 80 pounds.

A few weeks later, however, she reportedly quit the program again.

During Lisa’s episode, she talks about being raised in an unhealthy environment.

After living through a trauma-filled childhood, Lisa said binge eating became her escape.

Making the decision to gain weight to avoid unwanted advances, Lisa weighed 637 pounds by the time she turned 51.

She was completely bedridden for nearly four years, her doctors at the time fearing she would break a bone if she tried to walk before losing weight.

Randy had been her longtime partner for 10 years.

When patients are at a more manageable weight, they may be able to undergo bariatric surgery.

The series first premiered on TLC on February 1, 2012.

What is bariatric surgery?

Doctors are able to alter the levels of gut hormones responsible for hunger and satiety, which reduces the body’s ability to absorb food and nutrients.

Who is Dr Now?

Originally from Iran, Dr. Now graduated from the University of Tehran in 1970 with a doctorate in medicine.

The following year, he completed the medical orientation program at Saint Louis University.

He then completed his surgical residency at St. John Hospital in Detroit, Michigan.

Since the series premiered in 2012, Dr. Now has been active on My 600-lb Life and each participant’s weight loss journey.

The 77-year-old doctor has also made appearances on Body Shock.

In 2017, he released Last Chance to Live. Two years later, his second book came out: The Scale Does Not Lie, People Do.

He and his ex-wife, Delores McRedmond, were married for 27 years before divorcing in 2002.

We pay for your stories!

Do you have a story for The US Sun team?